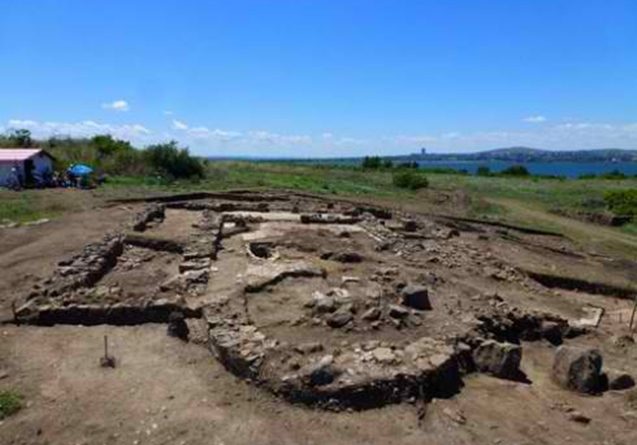 Archaeologists working in the Kraimorie area of Bourgas on the Bulgarian Black Sea coast have found a Christian basilica said to date from the fifth century.

The discovery of the early Christian basilica is a rare one for Bulgaria, according to Milen Nikolov, leader of the Bourgas Regional History Museum team that made the find.

The church building is 19.5 metres long and 15 metres wide.

At the site, the archaeological team found a chamber for storing relics and a holy water vessel. 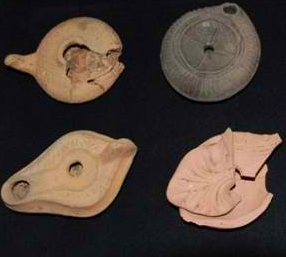 The find was announced at an August 7 news conference also attended by Todor Batkov, the business person who has a 200 million leva (about 100 million euro) project to build a residential and holiday complex in Kraimorie.

Batkov said that Bourgas municipality would apply for European Union funding for the preservation of antiquities. The archaeological studies at the site have been financed by one of Batkov’s companies, Foros Development AD, and carried out with logistical support from Bourgas municipality. 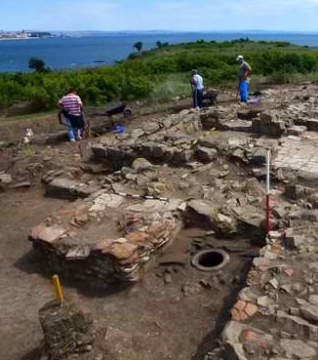 Nikolov said that he believed that the find confirmed Bourgas as an early Christian centre.

The museum said that the find was the most significant for the city this year and shed new light on the history of the region.

Other discoveries in the area have included a massive city wall, towers and the remains of a luxurious Roman villa adjoining the beach.

In 2013, archaeologists found an extremely rare stamp with the image of Mary, the mother of Jesus, which it was said to have been used to seal correspondence with the Patriarch of Constantinople.
(Photos: Regional History Museum Bourgas) 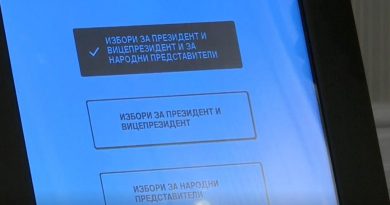 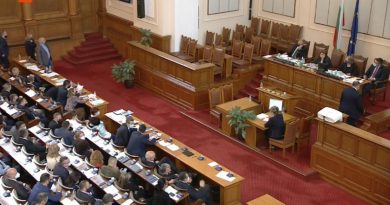