Bulgaria and Poland signed on August 28 2015 a letter of intent indicating their willingness to co-operate in Poland maintaining, repairing and upgrading MiG-29 fighter aircraft of the Bulgarian Air Force, signalling that Poland would take over from Russia the maintenance of the Soviet-era jet fighters.

The letter of intent was signed during a visit to Sofia by Polish deputy prime minister and minister of national defence, Tomasz Siemoniak, and is the latest episode in Bulgaria’s centre-right government moving to take the MiG maintenance business away from Russia.

Several years after joining Nato, Bulgaria has yet to acquire modern jet fighter aircraft compatible with the alliance’s standards, and in the medium-term will have to use the ageing and costly to maintain MiGs as part of its air defence.

Nenchev said that Poland would repair the Bulgarian Air Force MiG faster and cheaper than Russia.

A contract with Russia on maintaining the MiGs expires in September and for some time Bulgaria’s government has indicated that it wants to take the business elsewhere, citing the high costs of the Russian contract. Russia already has objected, saying that Poland does not have the appropriate licences to undertake the contract.

Nenchev said that Bulgaria should try, in partnership with the EU and Nato, to gradually reduce its dependence on non-Nato third countries, including Russia.

The agreement signed by Siemoniak and Nenchev sets a framework for co-operation in the field of defence and military relations between Bulgaria and Poland in areas of mutual interest.

The letter affirms the willingness of Bulgaria and Poland to expand their co-operation and exchange of expertise exchange concerning the maintenance of other current and future armament.

The documents set the legal framework of the activities on the repair and modernisation of aircraft.

Under the agreement, by mid-2016 Poland will repair three aircraft, and three more by the end of 2016.

In a statement, Bulgaria’s Defence Ministry said that 2015 is critical for the combat aviation of Bulgaria.

After mid-2016 the Air Force may have just two aircraft in good condition and with sufficient resources.

To avoid this situation, Bulgaria should find a way to repair the MiG-29 engines, the Defence Ministry said.

Given the decisions of the summit of Nato in Wales to reduce the dependence of member states on countries from outside the Alliance and the July 2014 EU sanctions concerning measures against Russia, the possibilities are limited, the ministry said.

Bulgaria had turned to Poland because that country provide a full range of activities to maintain the good condition and airworthiness of the MiG-29s, could carry out the modernisation of the aircraft at high-tech level and in accordance with the requirements of Nato, provide credible assurances about the activities implemented, and offer bargains and shorter turnaround. 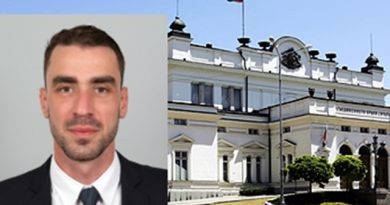