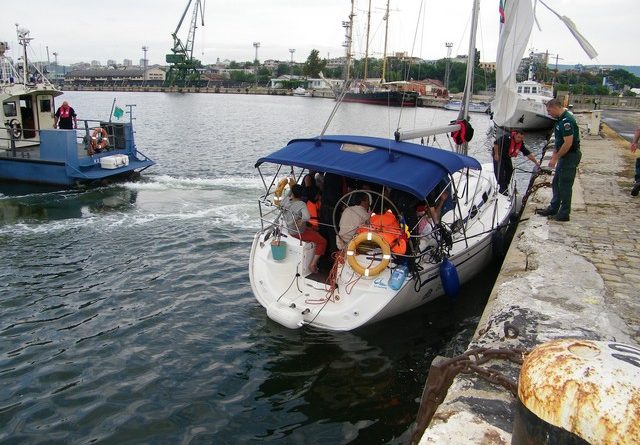 Bulgaria’s border police have intercepted 143 refugees attempting to enter the country illegally over the past three days, including 63 on a boat in Bulgaria’s Black Sea territorial waters, the country’s interior ministry said.

A total of 19 refugees were caught trying to cross at border check-points and 61 were detained as they were trying to cross the border illegally at areas other than the checkpoints, the ministry said.

Most refugees enter Bulgaria by land and the boat caught on August 17 was one of the rare occurrences when refugees were intercepted at sea. It is unclear what the boat’s destination was, as it was moving on a northward course towards the Romanian Black Sea coast, according to the Interior Ministry’s statement.

A border patrol ship was dispatched when the boat was observed to move erratically and did not answer any hails from the coast guard. It was intercepted near Shabla in northeastern Bulgaria, close to the border with Romania.

The border police found 63 people crammed in the six-people sailing boat, registered in Bulgaria and captained by a Turkish national. The refugee numbers included 18 women and 16 children, with most of them saying they came from Afghanistan, but there were also five people claiming to be Syrian nationals and two claiming to be from Turkey.