Austrian oil and gas company OMV and Russia’s Gazprom signed on June 24 an agreement to build a branch of the South Stream gas pipeline to Austria, a move that comes despite European Commission pressure to have work on the Kremlin-backed project frozen.

OMV chief executive Gerhard Roiss and his counterpart at Gazprom, Alexey Miller, signed the deal during a visit by Russian president Vladimir Putin to Vienna.

South Stream has long been seen as Putin’s brainchild – a way to bring an obstinate Ukraine to heel by cutting off the transit of Russian gas to European customers by building a bypass. At full capacity, South Stream would ship 63 billion cubic metres of gas, double the capacity of its twin, North Stream in the Baltic Sea.

The pipeline will cross under the Black Sea, making landfall in Bulgaria and then crossing Serbia and Hungary on its way to northern Italy. Initial plans envisioned Austria’s Baumgarten gas hub as the pipeline’s terminus, but Vienna chose to focus instead on the rival Nabucco pipeline, meant to deliver Caspian Sea gas to central Europe.

After Nabucco’s demise last year, when the developers of the Shah Deniz gas field in Azerbaijan chose the Trans-Adriatic Pipeline to southern Italy (via Greece, Albania and the Adriatic Sea) instead, Austria reportedly rekindled its interest in South Stream.

Despite the European Commission’s increasing opposition to the South Stream project, the talks appear to have intensified in recent months, culminating in the signing of the agreement on June 24.

(Among EU member states participating in South Stream, Bulgaria is the one furthest along, having picked a construction subcontractor already. The tender to pick the subcontractor has also prompted infringement proceedings by the EC, which suspects that EU competition regulations were breached in awarding the contract.)

The EC’s main arguments against the South Stream pipeline is that it breaches the provisions of the Third energy package, which prevent gas traders like Gazprom from owning pipeline capacities (the Russian state company owns at least 50 per cent in all project companies set up to build various national legs of South Stream) and requires access to the pipeline for third-party suppliers, which Russia opposes.

Speaking after the signing, Roiss said that third-party access to South Stream remains an issue that will have to be settled in talks with the European Commission.

The EU also wants to keep Ukraine’s role as a major transit country, whereas Russia has been preparing to cut transit through Ukraine even before the current stand-off over gas prices between Moscow and Kiev, which resulted in gas deliveries to Ukraine being cut off last week.

Bulgaria annual deflation speeds up to 0.6% in November 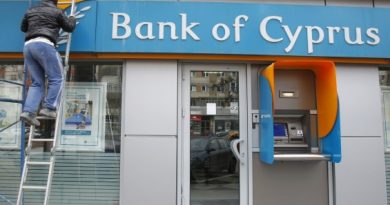