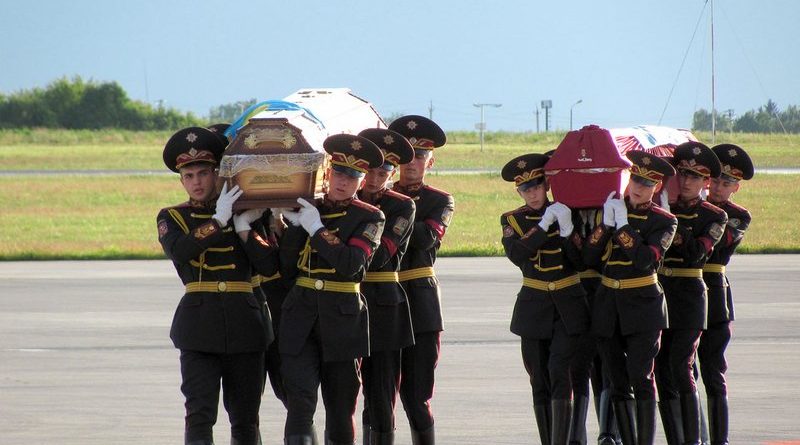 Pro-Russian separatists have shot down a Ukrainian military helicopter, just a day after the rebels announced a week-long truce in eastern Ukraine matching the cease-fire declared by the country’s president.

A Ukrainian military spokesman, Vladislav Seleznyov, said the helicopter was brought down near the eastern Ukrainian city of Slovyansk by rebels using a portable anti-aircraft missile launcher, and that, according to preliminary information, all nine servicemen aboard were killed.

In response, Ukraine’s president, Petro Poroshenko, announced that the cease-fire announced by him may be cut short, according to a release on his website.

Poroshenko said he was looking forward to a four-way tele-conference Wednesday with Germany’s Angela Merkel, France’s Francois Hollande and Russia’s Vladimir Putin to discuss the situation.

He expressed hope that the talks would lead to “concrete steps on Russia’s part to ensure the disarmament and removal of mercenaries from Ukrainian territory as well as lead to measures that would stabilize the security situation on the border.”

On Monday, a leader of pro-Russian separatists battling Ukrainian troops in eastern Ukraine said that the rebels will observe a truce until June 27, to run parallel with the cease-fire President Petro Poroshenko declared on Friday.

Meanwhile, Russian President Vladimir Putin appeared to accuse Kyiv of breaking the cease-fire, telling reporters in Vienna Tuesday that Ukrainian paratroopers had been deployed in the area of Slovyansk, where he said a battle is taking place between government and separatist forces. He called reports of casualties in the fighting there “sad.”

Russian news agencies quote Putin as saying the cease-fire should be extended beyond seven days, and must be accompanied by “substantive” efforts to achieve peace.

Earlier Tuesday, President Putin asked the Federation Council, the upper house of Russia’s parliament, to revoke the right it granted him in March to send the Russian military into Ukraine to defend Russian nationals and Russian-speaking Ukrainians — a move that was welcomed by President Poroshenko.

A senior United Nations human rights official, Ivan Simonovic, said Tuesday that an estimated 423 people, including military personnel and civilians, were killed in eastern Ukraine from mid-April to June 20.

On Monday, talks between pro-Russian separatist leaders and a Ukrainian government envoy, former president Leonid Kuchma, aimed at ending the crisis got under way in the eastern Ukrainian city of Donetsk.

Officials say further talks are set for this week.

U.S. President Barack Obama has called on Putin to pressure the pro-Russian separatists to observe the cease-fire and halt the flow of weapons across the border from Russia. 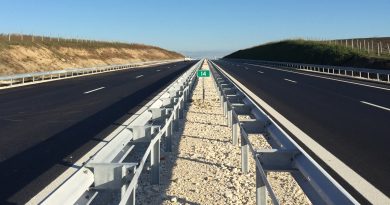