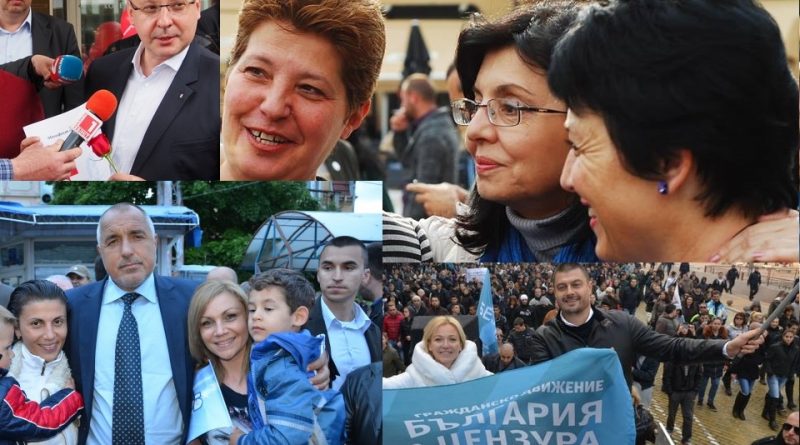 Centre-right opposition GERB handed in to parliamentary officials on May 16 its draft of no confidence in the current Bulgarian Socialist Party cabinet, on the grounds of energy policy.

The GERB motion was intended to have been handed in on May 9, but was delayed while the party of former prime minister Boiko Borissov awaited information on the debts of the National Electricity Company.

Strictly speaking, this is a National Assembly matter, not part of the European Parliament election campaign. But in the same way that ministers in the current cabinet are scrambling to try to come up with some successes to point to, so too the opposition hopes to be able to use the floor of the House to score some pre-election points.

More notes from The Sofia Globe’s election campaign notebook on May 16, with nine days to go to Bulgaria’s European Parliament elections:

*”We have a growing number of tip-offs that preparations are being made for controlled voting,” Transparency International Bulgaria head Ognyan Minchev said in a television interview on May 16.

Transparency International withdrew from participation in the Central Election Commission’s public council on May 15, citing a number of problems, including lack of feedback on suggestions and serious issues that it had raised, absence of consultation on draft CEC decisions and planning for the preparations for the elections.

The lack of an effective mechanism for cooperation and coordination between the CEC and the Public Council not allow for full inclusion of professional capacity and experience of member NGOs in support of the preparation of the elections to the European Parliament , Transparency International said.

Minchev told Nova Televizia that the electoral law amendments providing for the public council sought to convert NGOs into “safety pins” with their presence intended to give legitimacy to proceedings.

* GERB leader Boiko Borissov said that his government had brought 15 billion euro to Bulgaria in European solidarity and there was 26 billion waiting to come, “but it will not come to this government”.

Borissov said that if there was a high voter turnout on May 25, “Dogan, Stanishev and Volen” (a reference to the Movement for Rights and Freedoms, Bulgarian Socialist Party and Ataka) would be out of power.

“Do not be fooled, a year has passed and state debt has risen by billion. What they have built in a year, these liars? Where is Belene, why have they not built it in a year? Why is South Stream not signed, what is preventing them, a year after GERB?” Borissov said.

* Bulgarian Socialist Party leader Sergei Stanishev, speaking in Pleven to reporters, said, “Our agenda is for change, for a new Europe – a social and fair Europe, to face the citizens, not to solve the problems of the crisis on the back of and on behalf of the citizens.

“This is the great purpose of the whole socialist family in the EU. We are very close to implementation of the change,” said Stanishev, who also is leader of the Party of European Socialists.

* Daily 24 Chassa quoted BSP MEP candidate Georgi Pirinski as saying that the daily life of everyone in Bulgaria depends on the May 25 elections, urging people to vote.

Pirinski said that Bulgaria should get the European Commission’s regional policy portfolio, “because of Bulgaria’s six regions, five are among Europe’s least developed. If the European Union is serious about its plans to overcome disparities, then it should appoint a commissioner who is committed to resolving these issues 24 hours a day. This is a very important portfolio and Bulgaria should make an effort to get it,” he said.

* Reformist Bloc list leader Meglena Kouneva, in Bourgas, told her audience, “We are here to stay. A woman stopped me and told me something very frankly : “Fight them”. And I said I will beat them . These are not just any elections. These are choices about the continuing EU membership of Bulgaria .

“I think that Bulgaria is the sick man of Europe, but you know how good it is when you were very sick, to wake up one morning and feel that today is the first day when you start to recover. And day after day, feel that healing. You can do a little more today, a little more tomorrow. Let May 25 be the first day of our rehabilitation and regular taking of vitamins, to do everything possible so that people understand that this election is absolutely critical to us.”

* Bulgarians can be calm in the knowledge that there is a party that can defeat the Movement for Rights and Freedoms in the European Parliament elections and deprive it of the right to share out the goods of the state, Bulgaria Without Censorship (BWC) leader Nikolai Bareov said.

Whoever wants to see the MRF defeated should vote for the BWC to get rid of the energy oligarchy, said Barekov, who said that Bulgarians should know that there is “a new party, a new energy and new wave” which would alter the status quo dominated by the MRF, BSP and GERB.

Barekov said that the appearance of Ivo Prokopiev on television was a sign of the desperation of the Bulgarian oligarchy. (A website posted e-mail correspondence from Prokopiev to his editors on the topic of election coverage, leading the media owner to complain of the law being broken and demanding a public apology from Stanishev for the BSP-PES leader’s public statements on the matter. See our Elections Notebook, May 15.)

Barekov said that the oligarchy knew that after these elections, its crutches, artifically created around GERB, the Reformist Bloc and ABC, would end, and on the field would remain only a new party and those opposed to it. Prokopiev was in great fear because he knew retribution was coming, according to Barekov. 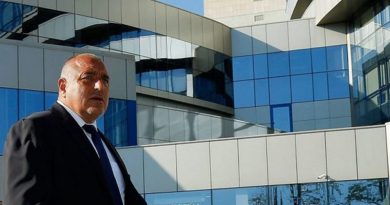 Bulgarian PM Borissov on Western Balkans, Turkey, Germany, Schengen and everything else 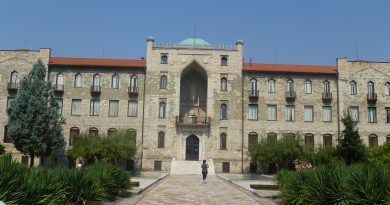 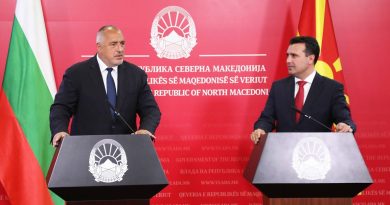