Ukraine’s acting president says that the Kyiv government has effectively lost control over the situation in the country’s eastern Luhansk and Donetsk regions where a number of government buildings have been taken over by pro-Russia separatists.

Oleksandr Turchynov says that Russia is now eyeing six more regions in the country’s east and south. A takeover by Russia of two such regions, if it were to take full control of Donetsk, would secure Russia’s land connection with Crimea, which it annexed last month.

The takeover of two more regions along the Black Sea coast would connect Russian mainland with Moldova’s Russian-speaking Transdniestria enclave.

Speaking Wednesday at a meeting of regional leaders in Kyiv, Turchynov said ‘saboteurs’ have received instructions from Moscow to destabilize the regions of Kharkiv, Dnipropetrovsk, Kherson, Zaporizhzha, Mykolayiv and Odesa.

Kyiv says that many of the ‘saboteurs’ have received training and are being financed by Moscow.

Bracing for a possible invasion by Russian troops massed on the border, Turchynov says Ukraine’s military has been put “on full combat alert.”

Speaking at a ministerial meeting in Kyiv on Wednesday, he said there was a real threat of Russia starting a war against Ukraine’s mainland.

The announcement comes as pro-Russian gunmen seized yet another administrative building in eastern Ukraine. Armed insurgents took control of the city council building in Horlivka early Wednesday, a town of more than 260,000 people. Police say the pro-Russian rebels have also overtaken the town’s regional police department.

Hundreds of pro-Russian separatists overran more Ukrainian government buildings near the Russian border earlier this week, taking control of several in the Donetsk and Luhansk regions.

The pro-Moscow rebels in Donetsk have set a referendum on secession for May 11. A similar vote last month led to Russia’s annexation of Ukraine’s Crimean peninsula.

To bolster its claims that unrest in Ukraine is being fomented by Russia, Ukraine’s Security Service (SBU) today released a video it says proves that Moscow is actively recruiting agents from among Ukrainian citizens.

The video purports to show “citizen K.” who says he was recruited by Russian intelligence during a trip to the Crimea region earlier this month.

According to “citizen K.”, recruits are paid a daily stipend of 100 hryvnias (approximately $10) for collaborating with Russian agents, with those having military experience receiving several times that amount.

Although officially released by the SBU on its YouTube channel, the video’s authenticity could not be independently confirmed.

The latest takeovers come as negotiations resumed to gain the release of seven European observers taken hostage last week in the city of Slovyansk.

The self-proclaimed pro-Russian mayor of that city said Tuesday he would be willing to swap the observers for pro-Russian activists held by Ukrainian authorities.

The monitors – four Germans, a Pole, a Dane and a Swede – had been sent to Ukraine by the Organizations for Security and Cooperation in Europe (OSCE).

In Washington, U.S. Secretary of State John Kerry Tuesday called on Russia to leave Ukraine in peace. In a speech at the non-governmental Atlantic Council, Kerry blamed Russia for the current crisis in Ukraine, accusing Moscow of  attempting to change the security landscape in eastern and central Europe.

In Moscow, Russian President Vladimir Putin threatened to re-evaluate the role of Western investors in Russia’s energy-driven economy, if sanctions imposed by Washington and the European Union continue. 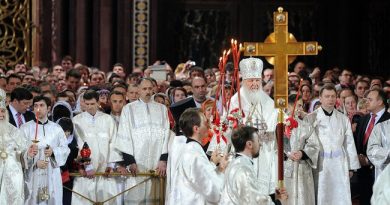 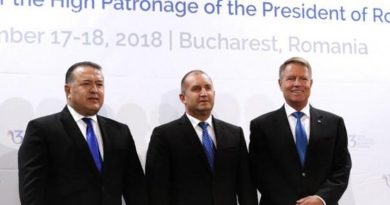