Bulgarian Parliament voted on April 29 to overturn President Rossen Plevneliev’s veto on the amendments to the Agricultural Land Ownership and Use Act, which imposed residence requirements on foreigners and companies wanting to buy land in the country.

The motion to overturn the veto received 127 votes in favour from a familiar coalition – the two parties in the ruling axis, the socialists and the predominantly ethnic Turk Movement for Rights and Freedoms, but also ultra-nationalist party Ataka. This coalition has routinely overturned presidential vetoes in recent months.

The bill, passed earlier this month, includes a ban on offshore companies buying agricultural land, as well as a requirement that foreigners and companies wanting to buy land must have been in Bulgaria for at least five years – an increase from an initially-proposed three years.

During the debates preceding the vote, several MPs from Ataka and the socialist party said that the amendments were meant to prevent non-residents from buying land, dismissing Plevneliev’s concerns that by making land purchases hinge on residence, rather than citizenship, the National Assembly effectively banned Bulgarian nationals living outside the country from buying agricultural land.

The bill of amendments follows a failed attempt by the National Assembly to extend the moratorium on foreigners being allowed to buy land in Bulgaria from its scheduled expiry date of January 1 2014 to the beginning of 2020.

Approved amid controversy, including division among the parties of the ruling axis, the resolution to extend the moratorium was rejected by the Constitutional Court.

Plevneliev is required to sign the new amendments into law, but can still challenge the law at the Constitutional Court down the line. He may yet do so, having argued that the restrictions on EU nationals buying land were a breach of EU’s freedom of movement principle. 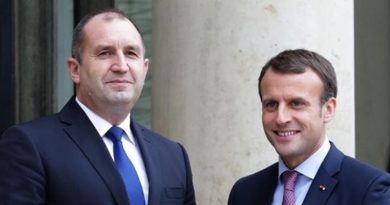 Radev in Paris: Accepting Bulgaria into Schengen key to security in Europe

Bulgarian Defence Minister: Members of armed forces who protest will be punished