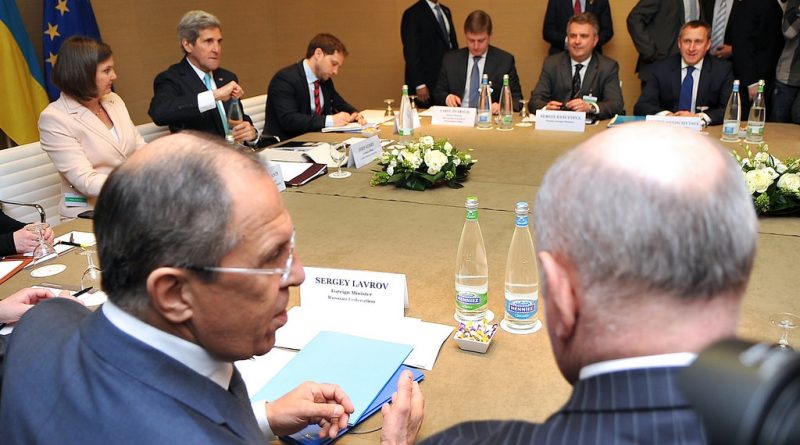 A quadrilateral meeting of top diplomats from Ukraine, the United States, the European Union and Russia has agreed to take immediate measures to de-escalate increasing violence and separatist unrest in eastern Ukraine, but many doubt that the deal will work.

Andrew Wilson, senior policy fellow at the European Council on Foreign Relations, told the Kyiv Post he is doubtful that Russia will meet its end of the deal given its aim to prevent the May 25 Ukrainian presidential election from taking place, and which Russian President Vladimir Putin on April 17 said are illegitimate as long as ousted ex-President Viktor Yanukovych is alive.