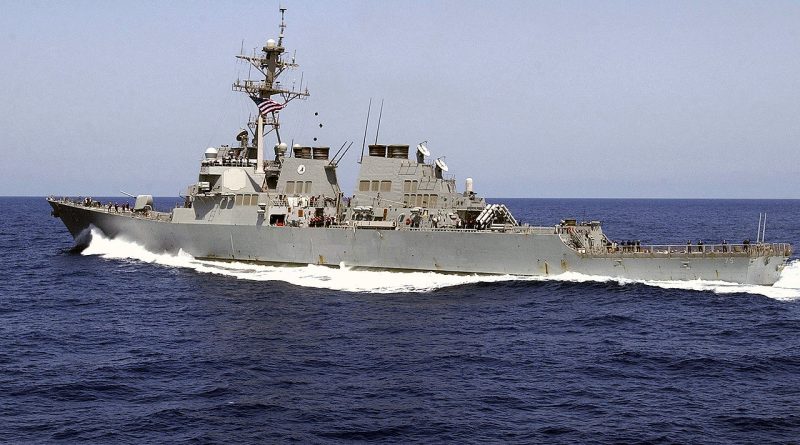 A US Navy guided missile destroyer, the USS Donald Cook, is expected to reach the Black Sea by April 10 after the Pentagon said that a navy vessel was heading there to reassure US allies of Washington’s commitment to the region.

At the time of the Pentagon announcement, about a week ago, the vessel was not identified but US and international media reports named it as the USS Donald Cook, previously deployed at a port in Spain. 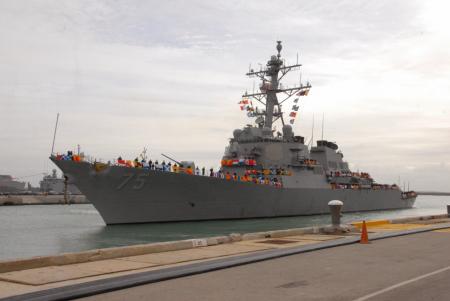 Pentagon spokesman Colonel Steve Warren said that the deployment of the ship was a direct result of the current situation in Ukraine. He did not rule out a role for the vessels in exercises with the Ukrainian military, US media said.

At the same time, Warren said that a decision to send additional US Marines to Romania was not related to developments in Ukraine.

On April 6, the Romanian defence ministry said that the Pentagon would send an unspecified number of F-16 jet fighters to Romania in coming days for joint military drills and the US fighter aircraft would remain in the country for a long period.

Reports said that the USS Donald Cook would take part in naval manoeuvres and conduct port visits in allied countries, said to include Bulgaria and Romania, disembarking Marines for exercises in Romania.

Earlier, the USS Truxtun was sent to the Black Sea for joint manoeuvres with the navies of Bulgaria and Romania, Nato allies. At the time, these were described as previously scheduled naval exercises, but the amount of time spent by the vessel in the area is said to have been lengthened.

The Truxtun was reported to have left the area on March 21, although Russian media reports, quoting statements by US assistant defence secretary Derek Chollet to the house armed services committee, claimed that it was still there.

US Navy deployments in the Black Sea in the past two months have been criticised by Russian foreign minister Sergey Lavrov as alleged violations of the Montreux Convention which governs the number of naval vessels that can enter the Black Sea. 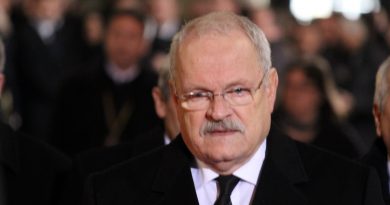