Skywatchers, especially those with an interest in Mars, will have something to look forward to this evening as Mars, the Sun and Earth all come into alignment.

The “opposition of Mars,” as the event is called, happens only once every 26 months, according to the U.S. space agency, NASA.

NASA says it’s easy to imagine opposition if you think about Earth and Mars as runners on a track.

“Earth is on the inside, Mars is on the outside,” said the agency. “Every 26 months, speedy Earth catches up to slower Mars and laps it. Opposition occurs just as Earth takes the lead.”

Don’t worry if you can’t see the sky tonight. The event will continue for another week until Earth and Mars near one another, coming within 92 million miles of each other.

NASA says that over the past month, the distance between the two planets has been shortened by 300 kilometers every minute. In 2003, Mars and Earth came as close as they’ve been in 50,000 years, NASA said.

The reason the alignment and closest approach don’t fall on the same date is because the orbits of both Earth and Mars are not circular, but rather elliptical.

NASA says opposition will be easy to see–even in cities– because Mars and the Sun will be on opposite sides of the sky.

During the event, Mars will rise in the east at around sunset and will be almost directly overhead by midnight. The planet’s burnt-orange color will be easily spotted as it will be 10 times brighter than a first magnitude star, NASA said.

NASA added that on April 14, there will also be a total lunar eclipse causing the full Moon to “turn as red as the Red Planet itself.”

Source: VOANews.com
(The difference in the orbits of Earth and Mars are shown in this NASA illustration.) 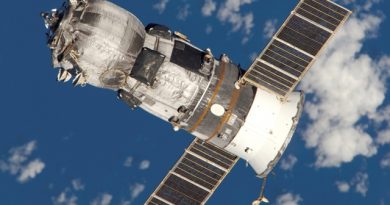 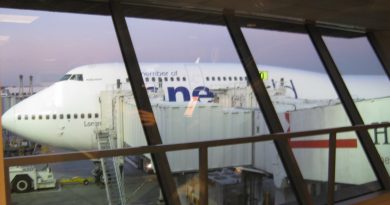