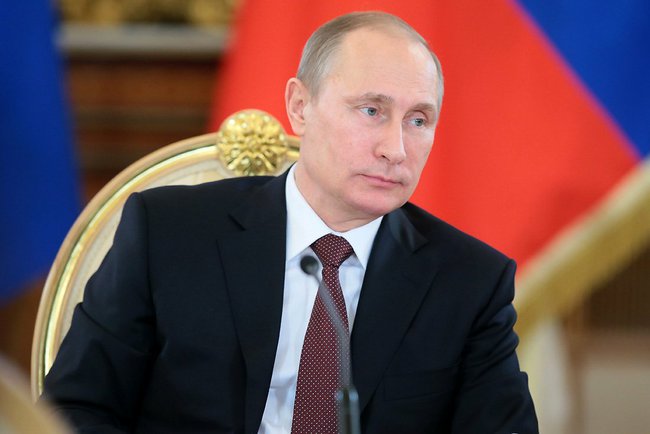 Perspectives
April 6, 2014April 6, 2014 Catherine Maddux of VOANews.com Russia, Ukraine
With Russian troops amassed on the Ukraine border, some observers are  worrying about what is being called a “post-Crimea crisis.”And as the West awaits Russia’s next moves, analysts are examining Russian President Vladimir Putin’s public statements for clues as to whether he plans to build on his successful land grab of Crimea by going after other territories with large Russian-speaking populations.

Think Transnistria: the breakaway majority Russian enclave in neighboring Moldova that already has a minor Russian peacekeeping force on the ground.

“The readout from the Putin to [Barack] Obama call last week, from the White House, was a focus on trying to find a way to a political, diplomatic solution,” said one former NATO official,  Ambassador Ivo H. Daalder, now president of the Chicago Council on Global Affairs.

“The same phone call was read out by the Kremlin, emphasizing the dangers of quote ‘extremists in Ukraine,’ and that President Putin’s worry as expressed to Obama about events in Transdinistria,” he said.

That leads to the inevitable question: does Putin have the military might to roll into other Russian-speaking regions, such as the Baltic States, and annex more territory?

“They [the Russians] certainly can do it… they will begin to incur real costs and there will be a real fight,” he said.

“From a military perspective, the more territory you try and hold onto, the more complex your challenges become,” Stavridis said. “All of a sudden, 20,000 troops, 30,000 troops don’t look like enough. Again, I think it’s an unlikely move, but not an impossible one.”

NATO meted out its punishment to Putin during a meeting of its foreign ministers in Brussels this week, declaring that its cooperation with Moscow was over.  The alliance also said it was reviewing options to reassure NATO allies, particularly those who border Russia in Eastern Europe.

There were signs of hope when U.S. Secretary of State John Kerry met with Russian Foreign Minister Sergei in Paris in recent days, offering a ray of hope that Moscow was open to a political solution. But there have been little hints since of possible resolution.

But  it’s hard to know if Putin is serious about pursuing diplomacy with the West, said Strobe Talbott, President of the Brookings Institution and a former deputy secretary of state in the Clinton administration,

“It could turn out to be a sham on the Russian side – a distraction – but it’s also conceivable that it might produce some agreements that would calm down a situation that is extremely unpredictable and dangerous,” he said.

Meanwhile, after Russia’s formal annexation of Crimea, the situation is far from stable even though a large majority of population is pro-Russian and supports joining the Russian Federation.

Crimea is also home to a sizable Ukrainian minority, along with Muslim Crimean Tatars, who may feel threatened by Moscow and the nationalistic sentiment in the region.

The situation is so unsure that some are leaving, said Vice News Correspondent Simon Ostrovsky, who spent nearly a month filing video reports from Crimea – before and after its annexation.

“I think some people are playing this wait and see game,” he said. “I know at least one Crimean Tatar woman who has gone to western Ukraine and has remained there for the whole period of the conflict with her children. I know ordinary Russians and Ukrainians as well – I’ve just overheard conversations while I was there – them saying they are going to take their children out… and sort of anecdotally I heard [that] a lot of Ukrainians feel pressure to leave,” Ostrovsky said. “Whether that’s imagined pressure or actual pressure, I’m not sure.”

Analysts say It remains to be seen what Putin’s next move will be – and how the United States and European Union will respond.

And that plays into Moscow’s overall strategy, he said, “which is to be surrounded by states that are in one of two categories: either they are vassal states or they are basket cases.” 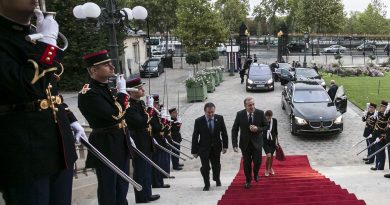