The recent deaths of three young men connected to political unrest in Turkey have caused growing concerns about rising political violence and polarization during hotly contested local elections. The prime minister alleges the unrest is part of a conspiracy against him and democracy, while critics accuse his party of deliberately raising the political temperature. Either way, observers warn that Turkey is facing its worst period of political tension in decades.

Fifteen-year-old Berkin Elvan was buried after nine months in a coma. He was hit by a police gas canister during last year’s anti government unrest. Twenty-two-year-old Burak Can Karamanoğlu was allegedly shot dead by a fringe left-wing group. A young police officer also died of a heart attack while on duty during the unrest.

With Turkey in the midst of critical local elections, Sinan Ulgen, a visiting scholar of Carnegie Europe, says the deaths mark a watershed in tensions – much like the 1970s, when daily clashes between rival left- and right-wing groups claimed many lives.

“Every society has a threshold of absorption regarding polarization, and Turkish society has seemingly reached that level. We are talking about a very polarized atmosphere the likes of which we have not really seen in this country except in the late 70s, which incidentally had led to the military coup,” said Ulgen.

“This kid with steel marbles in his pockets, with a slingshot in his hand, his face covered with a scarf, and who had been drawn in by terror organizations,” described him Erdogan.

Observers say there have been no reports of the police finding a slingshot on Elvan. His family strongly denies Erdogan’s accusation.

“He is using a tactic in this election campaign that he has used in previous elections, which is to paint a front against him that is trying to destroy the will of the people. In previous elections he used to put coup plotters, PKK. Now there are foreigners, interest lobbies, big bad business there are evil doers that are out to prevent the will of people,” said Aydintasbas.

Earlier this month, thousands of Turkish nationalists attacked its offices in several provincial cities. They accuse the party of supporting the Kurdish rebel group PKK that has fought the Turkish state for decades for greater minority rights. Ertugrul Kurkcu, the HDP leader, says his party is facing a systematic campaign to run out of the elections.

“We are still suffering yesterday. There were two attacks in several parts of Istanbul and therefore it’s not ended. This is actually aimed at pushing us out of the local election campaign and we are going to resist it” said Kurkcu.

Kurkcu accuses the government of only taking half-hearted measures to protect it.

Political commentator Soli Ozel says he worries about the long-term repercussions of the current political tensions.

“I am afraid of is that by the time we’ve got out of this crisis, we will have harmed ourselves inordinately and the recuperation will take a lot longer as a society,” said Ozel.

With only two weeks left until Turkey’s local elections, observers warn that the country’s future is looking murkier than ever. 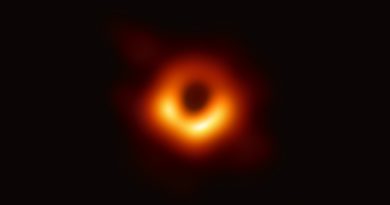 EU-funded scientists unveil first ever image of a black hole