The flash estimate data showed domestic consumption rise by 0.1 per cent in the fourth quarter (but up one per cent compared to the last quarter of 2012), while gross fixed capital formation shrank by 0.8 per cent (also posting a 0.7 per cent decline on an annual basis).

Exports in the fourth quarter were up by only 0.1 per cent, but imports shrank by four per cent. Despite that, the trade balance for quarter showed a deficit of 1.27 billion leva.

NSI gave no full-year growth figures for 2013; preliminary data, as well as updated fourth-quarter numbers, will be published on March 5.

Bulgaria’s government targeted one per cent economic growth for 2013, officially revising its earlier 1.8 per cent target in April 2013.

Also on February 14, the European Union statistics office Eurostat announced the GDP figures that showed a third straight quarter of economic growth both in the 18-country euro zone (expanded after Latvia joined the common currency area in January 2014) and the bloc as a whole.

GDP rose by 0.3 per cent in the euro zone and 0.4 in the EU28 in the last quarter of 2013, compared with the previous quarter, according to the flash estimates published by Eurostat (seasonally adjusted data, with eight countries still to report quarterly figures). 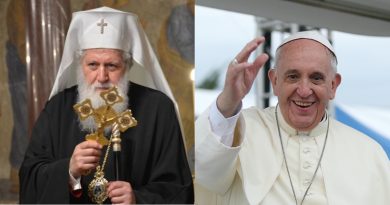