About 10 million Syrian refugees could cross the border from Turkey to Bulgaria in the near future, Bulgarian Prime Minister Boiko Borissov said on September 23, quoting a letter from Turkish prime minister Recep Tayyip Erdogan.

Borissov was speaking to reporters in Brussels ahead of a special European Council meeting on the refugee crisis, called by European Council President Donald Tusk at the insistence of Austria and Germany.

The Bulgarian Prime Minister said that he supported Erdogan’s idea of creating a “security zone” in Syria that would allow would-be refugees to remain in their homeland. Borissov said that he would urge EU leaders to work towards this.

Borissov added that the conflict in Syria should be resolved “in the shortest possible time”.

Responding to questions about the three infringement procedures approved by the European Commission against Bulgaria regarding failures to implement steps in the EU’s common asylum system, Borissov said that he did not believe real sanctions would be imposed, as Bulgaria was spending considerable finances and resources on steps such as the Border Police and the deployment of military personnel at Bulgaria’s borders.

Borissov said that the conditions provided for refugees were not what they would like them to be, but were still better than the conditions in which a considerable number of Bulgarians currently live.

“We are ready to handle it but the problem is much more acute. These are many millions of migrants. I also have a letter from Turkey’s Prime Minister as we have worked a lot together in the past days and they already find it hard to handle the millions of refugees on their territory. On the other hand, the weather conditions are deteriorating and these people cannot go back to Syria and other countries,” Borissov said, quoted by Bulgarian media.

“The Turks are making great efforts and are behaving in an exceptionally humane and European manner. They have already spent many billions of dollars on refugees. However, they cannot hold them anymore. The more tightly we keep borders closed, the more pressure on them increases,” Borissov said. 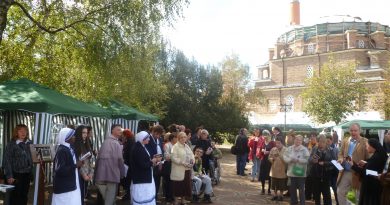 Different faiths take part in Festival of Religions in Sofia 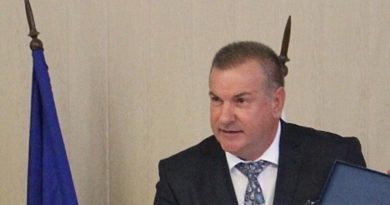