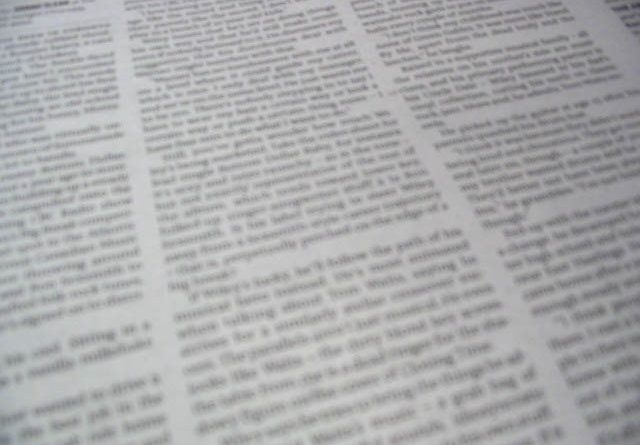 Bulgaria has been ranked the worst among European Union countries in Reporters Without Borders’ 2014 World Press Freedom index, coming in at 100th place globally – and also is beaten in the press freedom stakes by non-EU countries in Central and Eastern Europe.

Although closely challenged by Greece, Bulgaria retains the status of lowest ranked European Union country after a trying year marked by five months of major protests and political tension, Reporters Without Borders said in its annual report.

“Reporters were repeatedly the victims of police violence during these demonstrations calling for the government’s resignation,” the report said.

Independent journalists, especially investigative reporters, are meanwhile exposed to harassment that can take the form of arson attacks on their cars, according to the report, citing examples of a journalist’s car being set on fire outside her home in 2013 and another reporter’s car being torched in 2012.

Bulgaria was far outdone by other Central and Eastern European countries out of the total 180 countries ranked worldwide: the Czech Republic (13th place), Poland (19), Slovakia (20), Slovenia (34), Romania (45), Serbia (54), Moldova (56), Hungary (64), Croatia (65), Bosnia and Herzegovina (66), Kosovo (80) and Greece (99). The last-mentioned country, Greece, was singled out for criticism that noted how dramatically it had fallen in the press freedom stakes.

The Reporters Without Borders report said that while freedom of information is occasionally abused in some European Union countries, it is repeatedly and blatantly flouted in others.

“This is the case in Greece, which has plunged more than 50 places in the press freedom index in the space of just five years. This is a dizzying fall for the world’s oldest democracy.”

The few wealthy shipowners and entrepreneurs who financed the national media have moved their investments into more profitable sectors. One news organization after another has announced layoffs. Many journalists are now unemployed.

“As well as economic difficulties, the Greek media have a bad reputation that is the result of years of clientelism.”

Reporters covering the frequent street protests against the austerity measures adopted by a series of short-lived governments have been the victims of both police violence and violence by demonstrators accusing them of colluding with the government.

The security situation has been aggravated by the rise of the neo-Nazi party Golden Dawn, which won nearly 20 seats in the Voulí (parliament) in June 2012 thanks to euroscepticism and growing hostility towards foreigners accused of “stealing Greece.”

June 2013 was a turning point in Greece’s media history, according to the report.

In a race to cut spending, conservative Prime Minister Antonis Samaras took what was an unprecedented decision in a European Union country.

Under pressure from the troika (the European Commission, European Central Bank and IMF) to reduce the budget deficit, Samaras closed the state-owned national broadcaster, ERT, consisting of four TV stations and five radio stations. Just hours after ERT was told of the decision, dark screens with the words “No signal” stunned Europe and the world.

Under international pressure, the government finally announced the creation of a new state broadcaster to be called NERIT.

Now jostling Greece in the press freedom index, Hungary has undergone a significant erosion of civil liberties, above all freedom of information, since Viktor Orbán was elected prime minister in 2010, the Reporters Without Borders report said.

The Orbán government used its two-thirds majority in parliament to get a highly restrictive media law adopted in 2011. It introduced fines for the creators of content that is not “balanced” – a concept deliberately left vague – and established a dangerous media regulatory authority with statutory links to Fidesz, the conservative ruling party. This “Media Council” guaranteed just one thing – political interference in news and information content.

The European Union subsequently managed to get the Hungarian government to rescind some of its provisions but not the most draconian ones.

In the witchhunt against independently reported news, the Budapest-based news and talk radio station Klubradio became symbol of the fight to be informed. The new Media Council refused to renew its licence, despite its years of existence and hundreds of thousands of listeners, and reassigned its frequency to an unknown station. After a major campaign in support of the station and several court rulings, the Media Council finally gave Klubradio a long-term licence in March 2013.

Croatia became the European Union’s 28th member in July 2013. Six years of negotiations with the European Commission led to significant changes such as the inclusion of references to media freedom and the right of access to information in the constitution. “But much remains to be done,” the report said.

The state radio and TV broadcaster HRT has been criticized for a lack of independence after reforms carried out under centre-left Prime Minister Zoran Milanovic. The head of HRT, the members of its supervisory board and its administrators are now appointed by parliament. “This gives theruling party political control over broadcast content.”

Macedonia has been seeking European Union membership since 2005 but, eight years later, membership negotiations have yet to start.

Ever since independence in 1991, Macedonia has been locked in a name dispute with neighbouring Greece that is blocking talks. Both countries and their peoples claim the name of Macedonia, Greece for its northern region.

“Although Macedonia has been tackling reforms designed to put it on the road to membership, the democratic window-dressing of the past few years is not enough to hide the many freedom of information violations.”

The journalist Tomislav Kezarovski has become the symbol of these violations, Reporters Without Borders said.

After he was sentenced to four and a half years in prison in October 2013 for revealing the name of a protected witness in a murder case, his jail term was changed to house arrest under international pressure. But another Macedonian journalism, Zoran Bozinovski, was arrested in Serbia on an Interpol warrant for spying the next day. Known as “Macedonia’s Julian Assange,” Bozinovski has done a great deal of investigative reporting on Sashe Mijalko, Macedonia’s intelligence chief and relative of Prime Minister Nikola Gruevski.

Journalists’ safety continues to be a major concern in Montenegro, Europe’s youngest country since winning independence from Serbia in 2006, the report said.

It has a tradition of investigative journalism that is more developed than in some of its neighbours. The main sources of independent reporting are the daily newspapers Vijesti and Dan and the magazine Monitor, whose journalists are often the victims of threats and physical attacks. Some of these attacks have been extremely serious.

In August 2013, a TNT charge exploded outside the home of Tufik Softic, an investigative reporter who writes for both Vijesti and Monitor. Softic, who is used to threats and violence, was not hurt but the bomb could have been fatal if it had gone off a few minutes earlier. He has been writing about clandestine organizations and drug trafficking for years, often implicating government officials in his articles.

The response from the authorities to this violence has been minimal. Almost all cases have gone unpunished, including the 2004 murder of Dan editor Dusko Jovanovic, who was gunned down on the street. The person behind it has never been identified and brought to justice.

“The threat to independent journalists is not just physical. Other means are used in an attempt to silence them,” the report said.

Like Macedonia, Montenegro has been trying to join the EU since 2010.

“Its politicians have mastered the language of the EU’s institutions and put on show of striving to be more democratic for the benefit of an international community more concerned about regional stability than actual progress in respect for civil liberties.”

Often branded as “traitors to the nation” or “fascists,” they are also subjected to threats and insults of incredible vulgarity. In 2013, shortly after publishing an op-ed piece headlined “Dancing with the dictator,” Monitor editor Milka Tadic-Mijovic was the target of obscene sexist vilification by various means including an SMS message. Although a report was filed with the police, which was given the phone number from which the SMS was sent, no action was taken against those responsible.

The 2014 Reporters Without Borders World Press Freedom Index spotlights major declines in media freedom in such varied countries as the United States, Central African Republic and Guatemala and, on the other hand, marked improvements in Ecuador, Bolivia and South Africa.

The same trio of Finland, Netherlands and Norway heads the index again, while Turkmenistan, North Korea and Eritrea continue to be the biggest information black holes, again occupying the last three positions.

“The World Press Freedom Index is a reference tool that is based on seven criteria: the level of abuses, the extent of pluralism, media independence, the environment and self-censorship, the legislative framework, transparency and infrastructure,” said Reporters Without Borders secretary-general Christophe Deloire.

“It makes governments face their responsibilities by providing civil society with an objective measure, and provides international bodies with a good governance indicator to guide their decisions.”

Reporters Without Borders head of research Lucie Morillon said: “This year, the ranking of some countries, including democracies, has been impacted by an overly broad and abusive interpretation of the concept of national security protection.

“The index also reflects the negative impact of armed conflicts on freedom of information and its actors. The world’s most dangerous country for journalists, Syria, is ranked 177th out of 180 countries.”

The index’s annual global indicator, which measures the overall level of violations of freedom of information in 180 countries year by year, has risen slightly. The indicator has gone from 3395 to 3456 points, a 1.8 per cent rise. The level of violations is unchanged in the Asia-Pacific region, but has increased in Africa. 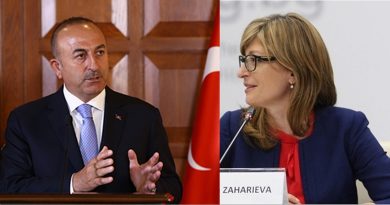