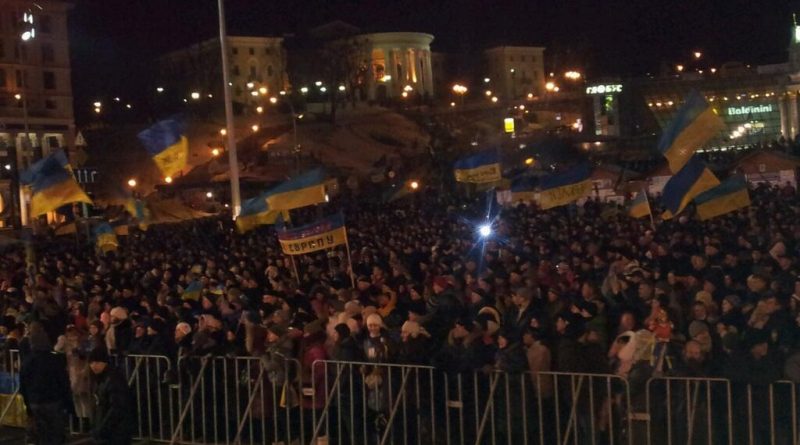 Europe
January 29, 2014February 10, 2014 Henry Ridgwell of VOANews
Ukraine’s President Viktor Yanukovich has accepted the resignation of the government in a bid to quell violent anti-government protests that have gripped the capital Kiev and spread to other cities. The demonstrations began two months ago after Yanukovich backed away from signing a trade and political agreement with the European Union.On the front lines in Kyiv, the resignation of the government has not put out the fires of protest.Manning the barricades around Independence Square Tuesday night was protester Volodymyr Ovchar.

“It’s good that the government has gone,” he says. “But we need to get rid of Viktor Yanukovich, too. And then we need to reload the entire system and have new parliamentary and presidential elections as soon as possible,” said Ovchar.

Away from the frontlines, men and women of all ages filled Independence Square. There was free food and drink, and dozens of bonfires to ward off the bitter wind and snow. Blue and gold flags signaled the protesters’ demand of a European future for their country.

76-year-old Ana Ivanovna was dressed head-to-toe in EU flags on top of a traditional Ukrainian dress. She travelled hundreds of kilometers from her home in western Ukraine to join the protests.

“I am not yet satisfied with what has happened in Parliament, because only a few of the steps that are needed have been taken,” she says. “The authorities have not yet given in. But I feel we are on our way to victory,” she said.

Another group of women dressed in white tunics patrol the square. They called themselves the “Mamas” and said they were here to appeal for a peaceful resolution.

That remains far from assured. The political opposition welcomed the resignation of the government Tuesday – but said it would push for early presidential elections. Vitaly Klitschko is among the opposition leaders.

“This resignation should have taken place a month ago, but unfortunately we lost a month,” he said. “And during this time the temperature in the society has risen dramatically,” said Klitschko.

Lawmakers will reconvene Wednesday to discuss an amnesty bill for detained protesters.

President Yanukovich’s supporters are pushing for a state of emergency to be declared if the opposition does not call on protesters to leave government buildings. That could see the military brought on to the streets.

The demonstrators are digging in. Many said they were ready to defend Independence Square with their lives. 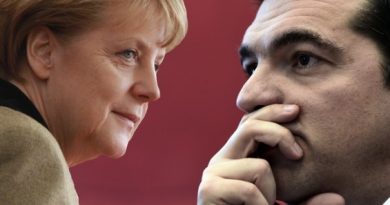