The global economy is expected to continue expanding at a moderate pace over the coming two years, but policymakers must ensure that instability in financial markets and underlying fragility in some major economies are not allowed to derail growth, according to the latest economic outlook by the Organisation for Economic Cooperation and Development.

“The recovery is real, but at a slow speed, and there may be turbulence on the horizon,” OECD Secretary-General Angel Gurría said during the Outlook launch in Paris on November 19 2013.

“There is a risk of another bout of brinkmanship in the US, and there is also a risk that tapering of asset purchases by the US Federal Reserve could bring a renewed bout of instability. The exit from non-conventional monetary policy will be challenging, but so will action to prevent another flare-up in the euro area and to ensure that Japan’s growth prospects and fiscal targets are achieved,” Gurría said.

The pace of the global recovery is weaker than forecast last May, largely as a result of the worsened outlook for some emerging economies.

Welcoming the recent European Central Bank rate cut, the OECD said further easing may be required if deflation risks intensify. It called for rigorous implementation of the planned asset quality review and stress tests of euro area banks, followed by bank re-capitalisation, where needed, and further progress toward banking union.

Regarding the euro area, the OECD said that economic activity is projected to recover in 2014 and 2015 as confidence improves further, financial market fragmentation declines and fiscal consolidation eases. “The pace will remain moderate though, with deleveraging, weak bank balance sheets and tight credit conditions bearing on economic activity, especially in the vulnerable countries. High unemployment and large margins of excess capacity will recede only slowly and inflation will therefore remain subdued.”

Fiscal consolidation should continue as planned, given debt levels that are still much too high.

At the same time, the automatic stabilisers should be allowed to operate fully to avoid undermining the still-hesitant economic recovery.

After reducing its policy rate in November, the ECB should consider further non-standard measures if the recovery flags or deflationary risks become serious. |Credible stress tests, a rigorous asset quality review and, where needed, recapitalisation and restructuring of banks are required to support the upswing. Meaningful and rapid progress on the banking union is a precondition for resolving the financial crisis in the euro area.” Structural reforms in labour and product markets are necessary to boost growth and jobs, with more emphasis given to completing the EU Single Market programme.

The OECD said that in China, growth has begun picking up but will remain weaker than previously projected in most other major emerging market economies.

The outlook draws attention to a range of downside risks in this recovery, which is still weak by past standards. It points to a worrisome slowdown in world trade growth, in foreign direct investment flows and in fixed investment, as well as continuation of stubbornly high unemployment, particularly in Europe, where it is only expected to fall below 12 per cent by the end of 2015. 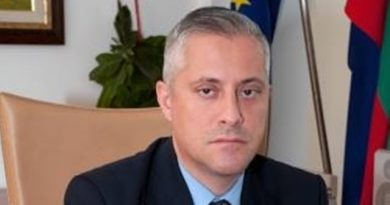 Bulgaria annual deflation down to 0.6% in August