For the first time, Turkey has connected its European and Asian sides with a railway tunnel. The Marmaray tunnel, which runs underneath the Bosphorus Strait, will link the Asian and European shores of Istanbul. Concerns and criticism, however, surround what is being described as one of the country’s greatest-ever engineering projects.

It was the dream of Sultan Abdulmescid [the Ottoman sultan from 1839 to 1861] to build this tunnel, he said.

“Today we have fulfilled this dream. We have many historical projects to finish for Turkey and Istanbul. This is in the service of the people,” said Erdogan.

The tunnel is the deepest of its kind. With a capacity of more than one million passengers a day, the $4-billion project aims to alleviate the city’s chronically congested traffic.

With Istanbul vulnerable to earthquakes, though, questions have been raised over the tunnel’s safety.

Professor Celal Sengor, a professor of geology at Istanbul Technical University, said care has been taken to ensure the tunnel’s safety.

“I did the preliminary groundwork for Marmaray,” said Sengor. “There is no active fault line where the tunnel is passing. This tunnel will be shaken in a quake, but if it is built in the best possible way, there won’t be any risk of it breaking. And those people who built this tunnel are the best in their field.”

Still, as Erdogan moves ahead with a number of large infrastructure projects in Istanbul, criticism is growing.

Critics accuse the government of going ahead with city-changing plans without sufficient public consultation. Such concerns fueled the protests that swept Turkey in June.

The tunnel project began in 2004 and was scheduled to be completed in four years. It was delayed by important archaeological finds, however, including a 4th century Byzantine port, as builders began digging under the city.

According to media reports, the tunnel project was rushed so that its completion would coincide with the 90th anniversary of the founding of the Turkish Republic, which was marked on Tuesday.

The government has downplayed such claims, and it has stressed the potential of the tunnel not only for Istanbul, but far beyond.

“This project connects Asia with Europe, to restore the once internationally important Silk Road,” said Yildirim. “The Silk Road needs to be resurrected for the purposes of reconnecting vital trade arteries between Asia and Europe by rail.”

Analysts say the tunnel is the latest in a series of increasingly grandiose projects aimed at making Istanbul a world center.

Political analyst Atilla Yesilada said such projects are seen as key for the ruling AK Party to remain in power.

“Their ambitions have no limit. If you look at the GDP figures in the first half of 2013, it is mostly government infrastructure spending that has created the entire growth,” he said. “If the growth rate decelerates or the currency weakens, confidence in AKP will be shaken.”

Construction already is underway in Istanbul for a separate tunnel that’s being built under the Bosphorus for cars, a third bridge over the strait, a massive canal that would bypass the Bosphorus, and the world’s largest airport. In addition, with Turkey entering 18 months of election campaigning culminating in a general election in 2015, analysts say few people expect the current construction boom to end anytime soon. 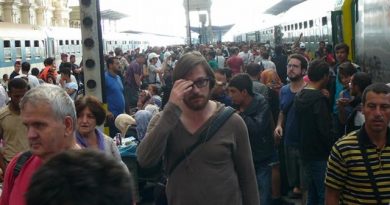 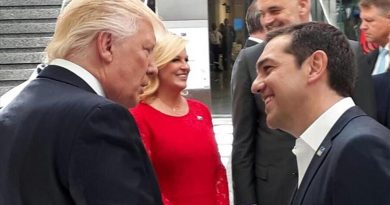 Tsipras – Trump meeting at the White House set for October 17