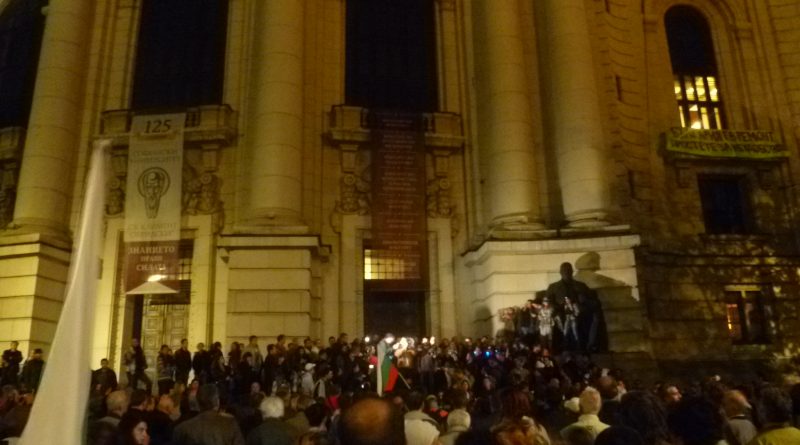 Students from the University for National and World Economics (UNWE) in Sofia were set to join the spreading “occupation” protests against the government of Plamen Oresharski on October 29, scheduling the start of their protest to disrupt a lecture by socialist MP Roumen Gechev.

UNWE, which counts Oresharski among its alumni and where he used to teach finance before his appointment as finance minister in 2005, is the latest Bulgarian university to join the protest against the government.

Students at Rousse University and the theology department of Sofia University also announced they were joining the protest.

NBU students briefly disrupted traffic on the Sofia ring-road on October 29 near the university’s campus in Ovcha Koupel borough, chanting for the government’s resignation.

Meanwhile, the student council at the Medical University in Sofia announced plans to hold a “student referendum” on October 30 and 31, asking whether they favoured or opposed occupation as a form of protest. However, it was unclear whether the university would join the protest should the vote show support for such actions.

Classes at Sofia University were once again cancelled on October 29, in line with the university academic council’s decision a day earlier that classes will only resume after the students decided to end their “occupation”.

A silent witness to the anti-government protests during the summer, sparked by the controversial appointment of MP Delyan Peevski as head of the State Agency for National Security, the main building of the Sofia University (“the rectorate”, as Sofia residents routinely refer to it) has become the focal point of the protests in recent days, seemingly re-energised by the student “occupation” of the university.

On the evening of October 28, the university building became the rallying point for the evening’s march, which reversed its usual direction to end at the Cabinet, otherwise the point of origin for such marches.

(Anti-government protesters gathering outside Sofia University on October 27 in a show of support for the student “occupation”. Photo: Clive Leviev-Sawyer) 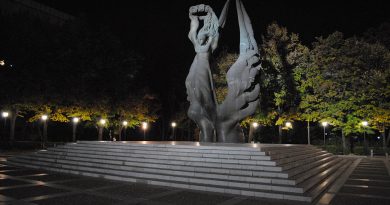