Business
October 7, 2013October 7, 2013 VOANews
The Internet is dominated by the two “empires” of Google and Facebook, according to researchers at Oxford University in England.

As the map shows, Google dominates much of the West and India, while Facebook can claim supremacy in the Middle East, North Africa and much of the Spanish-speaking Americas. 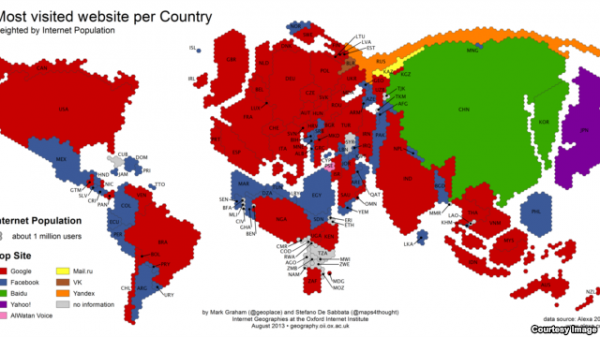 While Facebook has carved out a large chunk of the global Internet market, researchers point out that in the countries where the social media site was most popular, Google is not far behind.

“Among the 50 countries that have Facebook listed as the most visited visited website, 36 of them have Google as the second most visited, and the remaining 14 countries list YouTube (currently owned by Google),” according to the research.

Asia, meanwhile is more of a patchwork, with China’s Baidu search engine dominating that country’s half billion Internet users. Researchers also found that Baidu was the top site in South Korea, but admit that could be a result of “skewed” data. On the other hand, they say it could reflect Baidu’s ambitions beyond China.

Japan and Taiwan are outliers in Asia because Yahoo! is the most popular site in those countries.

While data was not available for sub-Saharan Africa, “most countries that have a significant Internet population are covered. Kenya, Madagascar, Nigeria, and South Africa fall within the sphere of Google’s empire, whereas Ghana, Senegal, and Sudan have been subsumed within Facebook’s dominion,” according to the research.

“We are likely still in the very beginning of the Age of Internet Empires. But, it may well be that the territories carved out now will have important implications for which companies end up controlling how we communicate and access information for many years to come,” the researchers concluded.

The data used in the research was collected by the company Alexa, which has provided web analytics since 1996. 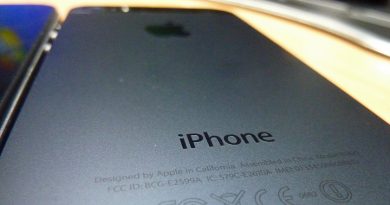 IPhone 5 to go on sale in Bulgaria on November 2

Euro zone annual inflation down to 1.2% in April