Bulgaria’s prosecutor’s office said on September 23 that it has not pressed charges, at this stage, in its investigation of payments linked to the Belene nuclear power plant project, mothballed by Parliament decision in March 2012.

The prosecutor’s office statement said that it had seized a “large amount of information and documents” during the raid on September 20, which targeted the offices of NEK, WorleyParsons and Risk Engineering, another consultancy firm retained for the Belene project.

“After taking stock of the documents that were seized and it detailed analysis, the prosecutor’s office will make a decision concerning its future procedural and investigative actions,” the statement said.

The raid was precipitated by a report on September 19, from the State Agency for National Security (SANS), which said that “steps are being undertaken to conceal and destroy incriminating evidence.”

The prosecutor’s office opened an investigation – under Bulgarian law, these are cases in which there is sufficient grounds to suspect foul play, but not enough evidence to indict – in August after it emerged the WorleyParsons and Risk Engineering were allegedly paid consultancy fees even after the project was officially put on hold.

According to the prosecutor’s office statement, the two firms were paid about 950 000 euro a month for construction oversight of a project that was effectively shut down.

The prosecutors’ investigation was opened under article 203 of the Penal Code, which deals with large-scale embezzlement, and will also seek to determine whether there were any instances of mismanagement (article 219).

The former carries a possible prison sentence of between 10 and 20 years, alongside the full or partial forfeiture of assets, and the latter can carry a prison sentence of up to eight years if the court finds it particularly egregious, as well as a ban on holding certain state or public offices. 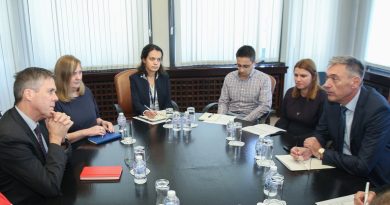