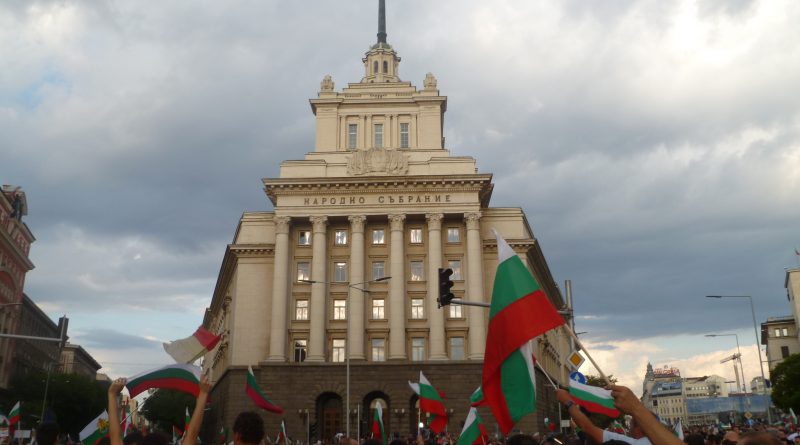 As several thousand protesters turned out in Bulgaria’s major cities for the 19th day of peaceful demonstrations in support of demands for the Bulgarian Socialist Party government to resign and for constitutional reforms, members of the European Parliament debated the country’s political crisis.

During the July 2 2013 debate in the European Parliament in Strasbourg, Manfred Weber, an MEP for the centre-right European People’s Party group – to which former ruling party GERB is aligned – called for fresh elections in Bulgaria.

The very first decisions of the current government, which took office in May, were very worrying, he said.

Tens of thousands of Bulgarians were protesting in the streets against events in the country, not a good sign for the state of democracy and rule of law, said Weber, expressing the hope that European Commission Vice President Viviane Reding would continue to monitor events in the country.

The European People’s Party would do all it could to see the rule of law restored in Bulgaria, Weber said, making his call for new elections.

The debate took place against a background of a deepening crisis that began with the BSP, which ran second in the May 2013 early elections, forming a government with the support of the Movement for Rights and Freedoms and the tacit support of Ataka, the ultra-nationalists who provided a quorum to make the government’s election possible, saying that it did not want to see GERB leader Boiko Borissov return to power.

The Bulgarian cabinet, which the socialists had said would be composed of “experts” instead has proved to be the result of political horse-trading. The first few weeks saw political manoeuvres aimed at eradicating people from the Borissov years from positions of influence and rolling back the centre-right government’s policies.

The government is operating according to an “Oresharski plan”, a hodgepodge of promises with scant detail of how they will be implemented or, for that matter, funded; the “plan” is named for the former finance minister appointed to sit in the prime minister’s chair, Plamen Oresharski.

Large-scale protests began when the parties in power appointed a controversial MRF MP, Delyan Peevski, linked to powerful media interests, to head the State Agency for National Security. The appointment was reversed amid national outrage and the socialists admitted that it had been a mistake, but declined to bow to demands from thousands of protesters, business associations and NGOs to quit.

GERB, winner of the largest single share of votes in the May elections, has been boycotting Parliament, saying that it will attend only if electoral system reforms are being debated.

A particularly thorny issue has been the association between the current government and ultra-nationalists Ataka.

In the European Parliament debate, Bulgarian socialist MEP Evgeni Kirilov said, “up to now Ataka has not voted for us.

“Since when is registration (as present) in Parliament accepted as support? GERB has not attended the parliament for a month. We need opposition. We can work together,” Kirilov said.

Weber said that Borissov should have become Prime Minister.

“Instead the socialists made a deal with the devil,” Weber said.

“A short time ago in the debate about Hungary, you defended some principles, now when it comes to Bulgaria you have other principles. What is your right to announce opposition to the legally elected Bulgarian government, the will of the Bulgarian people and to want early elections? Do I want early elections in Germany?” Yotova said, quoted by local news agency Focus.

Filiz Hyusmenova, of the MRF and who sits as an MEP for the Alliance of Liberals and Democrats, said that in Bulgaria, “our laws are enforced. Institutions function normally. In Bulgaria we elected lawfulness, democracy. The country has a National Assembly that works actively. Only some of the citizens are protesting, which is legal and democratic as well. The government has taken some of their demands into account. Ataka party does not support this government. It is not in coalition with the party holding the mandate and the Movement for Rights and Freedoms.

“The first Bulgarian politician who relied on support from Ataka was Boiko Borissov,” she said. “Then the European People’s Party did not express its disapproval. The current government should be given a chance. Let’s respect lawfulness,” Hyusmenova said.

Reding said that the Commission would act in the event of any infringement of EU law or of a serious breach of EU values. These debates show how important is it for the EU to promote the rule of law, she said.

Reding said that the political events and ongoing public protests in Bulgaria “paint a clear picture and illustrate the need for reform in the country. They also indicate the depth of concerns in Bulgarian society about the rule of law”.

Bulgaria’s Defence Ministry transfers $1.2BN to US for eight F-16s