Bulgaria’s lawmakers passed a motion on June 5 to scale back their own salaries to their 2009 levels. Starting June 1, the MPs were scheduled to receive a small rise in their basic salary, but the motion passed on June 5 will delay the increase until the end of the year, at least.

MP salaries in Bulgaria are calculated on the basis of three average monthly salaries in the country – as average income rises, so does an MP’s basic salary. MPs’ pay is further supplemented according to length of service and there is additional pay for membership of parliamentary portfolio committees.

Previously, the basic MP salary was about 2200 leva (about 1125 euro), and it was scheduled to rise to about 2415 leva (1238 euro) starting June 1, based on the latest National Statistical Institute data.

The motion, tabled by Speaker Mihail Mikov, was passed with 216 MPs in favour and one voting against. This will delay that increase and use average salary data from 2009 as the basis for MPs’ salaries, but the exact figure that lawmakers will be paid was not immediately clear.

Mikov said that the measure was meant to give the Oresharski cabinet time to get results from its efforts to improve the standard of living in the country.

The decision will have an impact on the salaries of many other senior state officials, whose salaries are set as ratios of the basic MP salary. These include, but are not limited to, the President, the Prime Minister, the Speaker of Parliament, Cabinet ministers, the Prosecutor-General, the heads of the Constitutional Court and other high courts, as well as the Ombudsman. 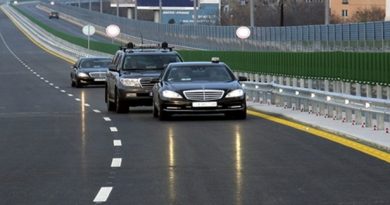