Movement for Rights and Freedoms leader Lyutvi Mestan, whose party ran third in the May 12 2013 parliamentary elections, has – in a less than surprising development – made clear his opposition to a return to power of Boiko Borissov’s GERB party.

What the Mestan news conference lacked in unequivocal statements about the immediate political future, it at  least made up for in choice ironies for observers of Bulgarian politics.

Speaking at a post-midnight news conference at the election centre, Mestan, whose party served in coalition cabinets most recently from 2001 to 2005 and again from 2005 to 2009, spoke out against coalition governments based on sharing out cabinet seats.

Mestan, who was bequeathed the leadership title after long-standing MRF leader Ahmed Dogan stood down in January 2013, also spoke out against a “tax of party loyalty” meaning preferment for companies close to particular political party interests.

It was a statement that could not fail to inspire memories of the statement by Dogan, during an election campaign a few years ago, regarding the MRF and its “circles” – a statement of which much was made at the time by the MRF’s detractors.

This was a statement of which the final part was notable, for the vague intention of inclusion of those many parties (38 parties and seven coalitions were contestants in these elections) who had failed to get enough votes from Bulgaria’s electorate. But then, it also may have been some sort of gesture of intention towards the “parties of the protesters” which were among those that failed to inspire electoral confidence. In turn, it may well have been a reference to the “programme cabinet” to which the socialists have been referring, bringing into the administration people from parties that did not win places in Parliament.

Mestan made at least one thing clear, that for his party it was “impossible” to support GERB.

The next cabinet should restore trust in institutions, come up with concrete measures and a timeframe to implement them to meet the expectations of Bulgarian society and most of all, free Bulgarian business from the factor of party loyalties.

When asked directly with which parties the MRF could envisage entering a coalition, and specifically whether the party could serve in a coalition with ultra-nationalists Ataka, Mestan first gave a laborious exposition of the constitutional provisions for offering mandates to parties to form governments and then said that as the third-largest party, his could not take the initiative in negotiations. “It is too early to ask me for an answer,” Mestan said.

Given that he had ruled out GERB and that apart from GERB there are only two other parties set to enter the National Assembly, according to exit polls, it was again notable for Mestan not to state outright that the coalition that he had in mind would have to be with the Bulgarian Socialist Party.

But then, evading the overall question by explaining the constitutional provisions on the conferring of mandates (procedures that are in recent memory, given the rituals undertaken after the Borissov government  resigned in February) also enabled evasion of the Ataka question.

But then again, everything said on election night, or not said, still awaits verification or not – depending on official results and the official allocation of seats in the 42nd National Assembly. And no one in Mestan’s position, possibly holding the numbers required to seal a coalition government with the socialists, would want to seem too firm about commitments in advance. 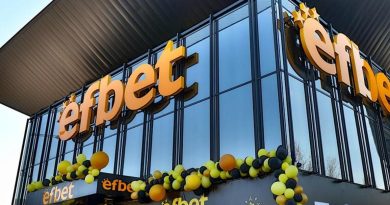