The consortium behind the planned Nabucco gas pipeline said on May 8 that it has received all the necessary environmental permits for the Bulgarian stretch of the pipeline.

Bulgaria’s Environment Ministry has approved the environmental impact assessment (EIA) and “a preliminary implementation of the Nabucco EIA permit,” the consortium said in a statement.

The environmental impact study was submitted to the ministry in October 2012, receiving a positive opinion in December. The final approval comes after public hearings were held in February in more than 30 Bulgarian municipalities along the route of the pipeline.

“Completion of the EIA process in Bulgaria is another milestone for the project and further demonstrates the advanced stage of technical development of Nabucco. Bulgaria is now the second country to approve the realisation of Nabucco on its territory, demonstrating that the project is fully in line with the highest international and national regulations and standards,” Reinhard Mitschek, chief executive of Nabucco Gas Pipeline International, said.

The next stage for the company is to obtain detailed zoning plan and construction permits, the consortium said.

The other country to have completed environmental impact studies for Nabucco is Hungary. In its current shortened version, Nabucco West, the pipeline is envisioned to cross Bulgaria, Romania, Hungary and ending at Baumgarten in Austria. This will cut costs and eliminate competition with pipelines running through Turkey.

Earlier this year, the Nabucco consortium signed a memorandum of co-operation with the Trans-Anatolian Pipeline (TANAP) project. Under this plan, TANAP would pump Azeri gas both for domestic consumption and export, linking to Nabucco at the border with Bulgaria.

The Shah Deniz group is expected to pick between TAP and Nabucco West in the summer. Construction would have to start soon after and the first gas could flow as early as 2015, which is when commercial extraction at Shah Deniz field is expected to begin. Both TAP and Nabucco West are seen as the main rivals to the Russian-backed South Stream gas pipeline, another project Bulgaria is involved in.

Nabucco, a project in the works since 2005, although only formally launched by the signing of an intergovernmental agreement in July 2009, currently has five shareholders – Turkey’s Botas, Bulgaria’s Bulgargaz, Romania’s Transgaz and Hungary’s MOL all hold 16.67 per cent stakes, while Austria’s OMV doubled its stake to 33.33 per cent after buying out Germany’s RWE in March. 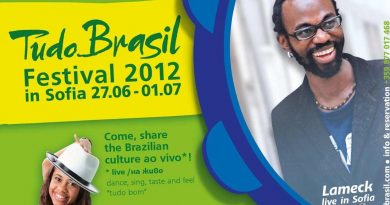