Despite an uneven recovery between advanced and developing economies, the heads of both the World Bank and the International Monetary Fund say the global financial crisis has eased substantially. But these global lending institutions say member countries must do more to spark sustainable economic growth.

“Looking behind the numbers, we believe we have avoided the worst, and the economic world no longer looks quite as dangerous as it did,” she said.

But Lagarde added that the pick-up in financial conditions in the US, Europe and Japan has yet to translate into a sustainable recovery.

“On the euro area, policy makers have accomplished a great deal over a short period of time. The priority now is to fix frayed banking systems, press ahead with a banking union. In Japan, which as I said is, has a space of its own, the recently announced framework of ambitious monetary easing, is, from our point of view, a positive step. But it is not enough,” she said.

On Friday, finance ministers from 20 of the world’s biggest economies endorsed Japan’s efforts to boost its stagnant economy. But the stimulus package enacted by Japan’s leaders also lowers the value of the yen – giving Japanese-made products a price advantage in world markets. In an official communique, G20 nations said they will monitor the effects of Japans’s policies and take corrective action as needed.

Much attention also is focused on China, which saw weaker than expected growth in the first quarter. But World Bank President Jim Yong Kim said he’s not worried.

“We’ve worked with China on a 2030 report that looks specifically at the strategy going forward. And our sense is that the Chinese leadership is laser-focused on doing those things that will build the foundations of their future growth,” said Kim.

The world’s top financial policy makers also are expected to look at the effectiveness of debt reduction policies around the world. Some economists say austerity measures, particularly those in Europe, have helped reduce the debt burden in some countries – at the expense of economic growth. 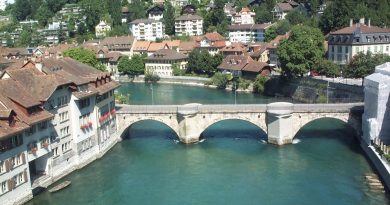