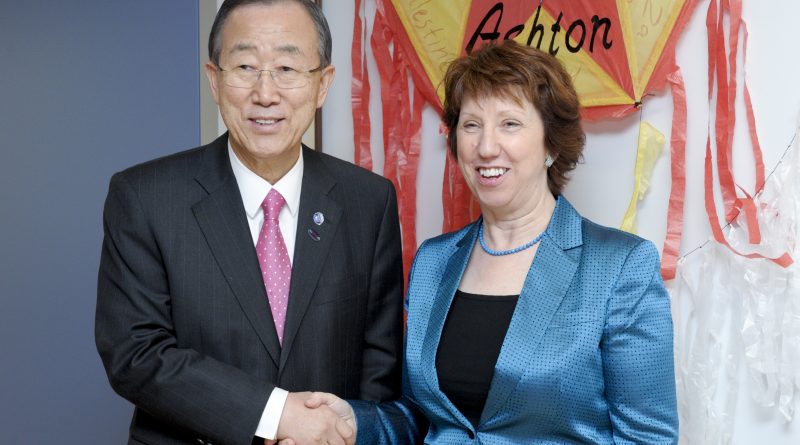 United Nations Secretary-General Ban Ki-moon has welcomed a “landmark” agreement between leaders of Serbia and Kosovo in the context of the Belgrade-Pristina dialogue facilitated by the European Union, voicing hoped that the new accord would help usher in a future of peace and stability in the Balkans.

“The Secretary-General congratulates and commends the leaders from both sides for their steadfast determination and hopes that the agreement will bring about a brighter future and lasting stability to the region,” a statement issued by Ban’s spokesperson said, according to a report by the UN News Centre.

Kosovo declared independence from Serbia in February 2008 following years of ethnic tensions, but Serbia has not recognised the declaration. The EU has since been facilitating dialogue between the parties on a range of practical matters.

Brokered in Brussels by the EU High Representative for Foreign Affairs and Security Policy, Catherine Ashton, the new agreement is an important step in normalising relations between Belgrade and Pristina and contains provisions allowing ethnic Serbs living in Kosovo’s north access to their own police and appeals court, according to initial media reports.

In his statement, Ban congratulated Ashton for what he described as “her strong efforts and her successful personal role” in helping to bring about the agreement and “strongly encouraged” Serb and Kosovar authorities “to conclude this historic process and take concrete measures for a faithful implementation of the agreement.”

“The United Nations stands ready to assist the parties in this endeavour,” the statement said.

In a statement on April 20, Bulgaria’s Foreign Ministry welcomed the initialling of the agreement between Serbia and Kosovo, as “a crowning end to a tense and difficult negotiation process that was followed with care and understanding by Bulgaria”.

The agreement was an expression of political courage and vision of the Prime Ministers of both countries, who have orientated themselves to the realities and to the future, Bulgaria’s Foreign Ministry said.

The statement paid tribute to the tireless efforts by Ashton to find a solution mutually acceptable to both Serbia and Kosovo.

“The agreements achieved will be important for security and stability in South Eastern Europe. They open the way to further reconciliation, co-operation and progress in fulfilling the European perspective of the whole region,” the Foreign Ministry in Sofia said.