Concerns persisted about deterioration of the media environment in Bulgaria because of corporate and political pressure that, combined with the growing concentration of media ownership, gravely damaged media pluralism, the US state department said in its annual human rights report for 2012.

In April the International Research and Exchanges Board highlighted editorial bias and sale of news content as additional major problems for the quality of journalism in Bulgaria, the reports said. In September the European commissioner for digital agenda, Neelie Kroes, said that media ownership and financing in Bulgaria lacked transparency.

Journalists revealed in an anonymous survey that they were discouraged from doing investigative reporting and exercised self-censorship, as it was routine practice for owners to dictate the media’s editorial content and political slant. During the year the media market saw further concentration of media ownership, the state department report said.

The process of media consolidation continued with more regional outlets being acquired by the larger groups. Both print and electronic media were criticised domestically and internationally for lack of ownership and financial transparency as well as for susceptibility to economic and political influence. In June an alleged recording from a private meeting of one of the owners of Media Group Bulgaria Holding, Lyubomir Pavlov, portrayed him as asserting that he has been using his media resources to steer political decisions. Pavlov did not deny the recording was his voice but said it was taken out of context, the US state department report said.

In August Marin Mitev, a co-owner of TIM Holding, in what the Association of European Journalists – Bulgaria called an act of “direct pressure,” mailed Sun Tzu’s book The Art of War to journalist Spas Spassov of Economedia, a Bulgarian-language media company. Spassov had published critical articles regarding the corporation’s plans to undertake construction projects in Varna’s Sea Garden. Mitev included a note quoting from the book, “You should avoid those you can’t either defeat or befriend.”

The investigation into the 2011 bombing of the car of Sasho Dikov, director of the cable television channel Kanal 3, failed to uncover the perpetrator and was terminated without results in April.

There were reports from journalists that political parties, including members of the ruling party, pressured media and threatened to destroy their business if they published certain articles, leading to the practice of self-censorship.

Libel is legally punishable. Usually the courts interpreted the law in a manner favoring journalistic expression. Journalists’ reporting about corruption or mismanagement prompted many defamation cases; the most frequent plaintiffs were government officials and other persons in public positions.

In June the Ruse Regional Court convicted Asya Pencheva, a journalist for the local newspaper Utro, for publishing an article about the physical abuse of children in a local orphanage. The orphanage employee who had given the journalist information and whose conversation had been recorded filed a libel claim against Pencheva. In September the district court vacated the conviction on grounds of procedural violations and returned the case for retrial in the lower court, where it was thrown out on October 15.

In June, during an environmental protest in downtown Sofia, protesters attacked and seriously injured the cameraman of the bTV crew covering the events, also damaging his equipment. A Media Democracy Foundation report released in July commented that the incident demonstrated a radical trend among young people who believe that mainstream/traditional media are serving the interests of those in power and blame mainstream media outlets for declining democratic values in the country, the US state department report said. 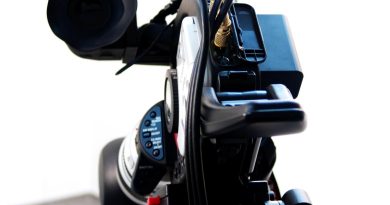