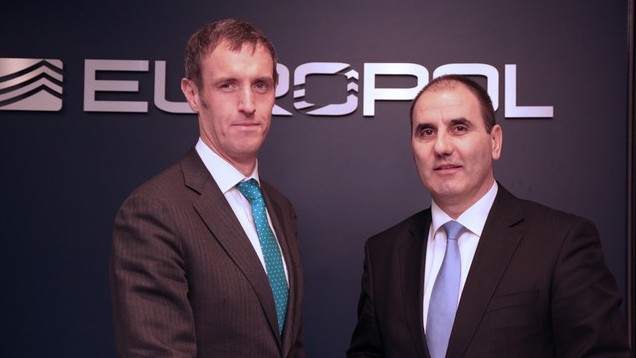 The names of the two suspected accomplices in the July 2012 terrorist attack at Bourgas Airport have been entered in the Europol database, it was announced after February 12 2013 talks between Bulgarian Interior Minister Tsvetan Tsvetanov and Europol Director Rob Wainwright in The Hague.

Five Israelis, a Bulgarian and the carrier of the bomb died in the blast, which also left 30 people injured.

The terrorist attack was the main topic of the talks, the Interior Ministry said in a statement.

I am happy that Europol is closely related with the investigation. It is one more example of successful cooperation with the Bulgarian services, he said.

Tsvetanov noted the high level of co-operation between the Bulgarian interior ministry and Europol.

“The results achieved are a sign of the higher trust in the abilities and capacity of the Bulgarian law-enforcement bodies to participate effectively in the joint efforts of the member states and Europol for fighting serious and organized crime and terrorism,” said Tsvetanov.

He expressed gratitude for the cooperation and high professionalism on the part of Europol in the investigation into the Bourgas Airport terrorist.

On February 12, Europol received all data collected within the investigation in order to carry out a check and an analysis to establish new facts and circumstances related to the preparation and carrying of the terrorist attack.

The names of the two suspects in the attack, whose identity has been established, have already been entered in the Europol database in order to find out whether they stayed in other EU states and to make the whole information available to the services of the respective countries.

Wainwright expressed certainty that the whole scheme of financing would be established by the Bulgarian experts and with the help of Europol.

Wainwright and Tsvetanov expressed willingness for Europol experts to take part in the investigating team and, respectively, for staff with the Bulgarian services to join the European agency. It is expected that Bulgarian experts will depart for The Hague within days, the Interior Ministry said.

Separately, Stanimir Florov, head of Bulgaria’s chief directorate for combating organised crime, was reported by public broadcaster Bulgarian National Radio to have said that Bulgaria had asked Lebanon to arrest and extradite to Bulgaria the two suspected accomplices but so far there had not been a response.

After the February 5 meeting of Bulgaria’s Consultative Council on National Security, it was announced in Sofia that the investigation into the attack led to people linked to the military wing of Hezbollah. Investigators had identified two suspects, Lebanese citizens holding, respectively, Australian and Canadian dual nationality.

EC report: Less than half of Bulgarians confident in Covid-19 vaccines