Unemployment – also seasonally-adjusted – in the 17-member euro zone was 10.9 per cent, up from 10.8 per cent a month earlier, Eurostat said.

In both the EU and the euro zone, unemployment has risen compared with February 2012, when it was 10.9 per cent and 10.2 per cent, respectively.

In Bulgaria, unemployment in February was 12.5 per cent, flat month-on-month, and 0.5 percentage points higher than a year earlier. 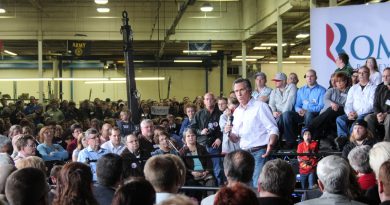 Taxes heat up US presidential campaign