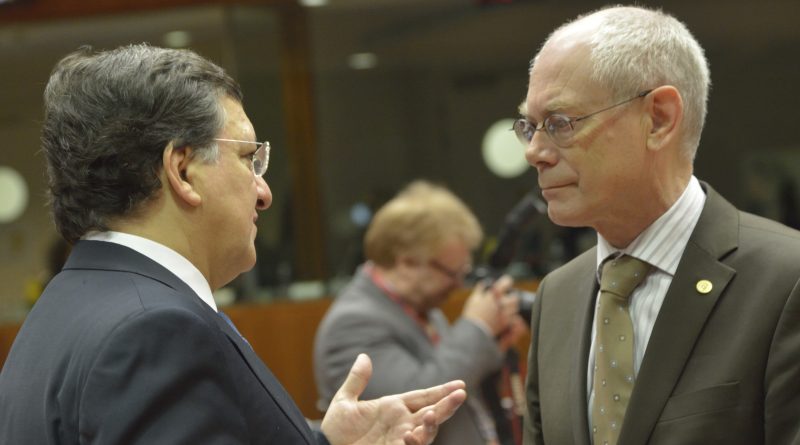 Bulgaria Europe News
March 16, 2013May 27, 2013 Lisa Bryant of VOANews euro zone
Despite rising protests against austerity, European leaders agreed in Brussels that tough measures to turn around the region’s economy are working.Speaking to reporters in the Belgian capital, EU President Herman Van Rompuy outlined a four-pronged strategy that the 27-member block will implement in the year ahead to turn around its struggling economy. Among other areas, it focuses on financial stability, growth and youth employment.”On the question of where does this growth come from, the answer was confidence, credit and competitiveness. On top of this, there is a need for a specific employment policy making our growth more labor intensive,” said Van Rompuy.

The emphasis on growth, as well as spending cuts, comes amid mounting popular protests against austerity measures in Europe – protests that reached the heart of the EU on Friday as thousands of people demonstrated outside the Brussels building where European leaders wrapped up their summit.

In another sign of discontent this week, the European Parliament rejected the EU’s budget, calling for more growth measures to be included.

“We are in a painful process of adjustment, of deleveraging, because of excessive public debt accumulated over the years,” said Barroso. “Because of excessive private debt -including by the way, some financial bubbles, real estate bubbles, a lot of imbalances in our economy – and also because of some behavior that was quite irresponsible in some areas of the financial sector.”

To alleviate the pain, Barroso said it is important to mix in short-term social measures – what he describes as “quick wins” – to boost growth. That includes creating jobs, particularly among young people, whose unemployment rate reaches as high as 50 percent in some places.

EU members like France also are calling for more flexibility in budget deficit targets they are likely to miss this year. But German Chancellor Angela Merkel defended austerity measures, saying that spending cuts and growth worked together and not in contradiction.

The financial problems of the island nation of Cyprus continued to shadow this EU summit, with the plight of Cyprus’s banks a major challenge.