The amendments to the Hungarian constitution approved by parliament in Budapest on March 11 2013 “raise concerns with respect to the principle of the rule of law, EU law and Council of Europe standards,” two top European officials said.

Critics see the proposed fourth amendment to Hungary’s Basic Law as a bid to codify numerous pieces of controversial legislation that have been struck down by the Constitutional Court in recent months, the Budapest Times reported.

The Council of Europe (Venice Commission) and the European Commission will now make a detailed assessment of these amendments, the joint statement said.

“President Barroso and Secretary General Jagland take also note of the confirmation made by Prime Minister (Viktor) Orbán, in his letter addressed to President Barroso (on March 8), of the full commitment of the Hungarian government and parliament to the European norms and values. In this sense, they expect that the Hungarian authorities will engage in bilateral contacts with the European institutions in order to address any concerns raised as to the compatibility of these amendments with European principles and EU law.”

The Budapest Times reported that a few thousand protesters took to the streets on March 9, calling on the ruling Fidesz party to withdraw its proposed fourth amendment to the constitution that only came into force last year. This came two days after activists staged a sit-in in the courtyard of the Fidesz headquarters building in District VI.

“Despite the protests at home, the greater part of the pressure on Prime Minister Viktor Orbán’s right-wing government is coming from abroad. The government – whose appointees unilaterally drafted the original document in 2011 – insists that the changes it wants to make are merely of a “technical” nature. The protests are work of political adversaries and international left-wing and liberal circles, sometimes funded from abroad or acting at the behest of lobby groups with vested interests, according to government rhetoric,” the Budapest Times said. 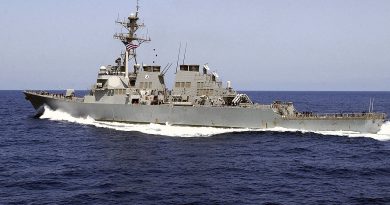