A draft law to restrict the general public’s access to chemicals that can be used to make home-made explosives was endorsed by the European Parliament’s civil liberties committee on September 3 2012.

The regulation was adopted unanimously (50 votes in favour, none against and no abstentions).

Under the text, already agreed by European Parliament and European Council representatives, consumers will have to obtain a licence to buy these products, although some exemptions will be possible. Home-made explosives have been used in many terrorist attacks, such as the bombings in Norway last year.

Mass murderer Anders Breivik was able to come up with explosives in spite of existing restrictions in Norway which, while not an EU member state, has European-standard regulations on such materials.  This has added impetus to unanimous support in the European Parliament for new rules.

Most terrorist attacks in recent years have used explosive devices, many of which were home made from chemicals, such as fertilisers or swimming pool cleaning tablets, that are currently widely available to the general public.

Some EU countries already restrict the availability of such chemical precursors. However, due to differing national rules, they may be restricted or controlled in one country, yet freely available in another. The draft EU regulation will ensure that EU member states have the same degree of control over access to certain chemicals throughout the EU.

“With this new regulation, the general public’s access to explosives precursors will be greatly reduced. This is a huge step forward in the fight against terrorism and organised crime”, said rapporteur Jan Mulder (ALDE, NL) following the civil liberties committee vote.

The key aim of the agreed rules is to restrict the access of the general public (i.e. private users), to high-risk chemicals in concentrations that make them easy to use to make home-made explosives.

Sales of products containing chemicals listed in Annex I of the regulation will be banned if these chemicals exceed a certain concentration. Most consumers will be able to use alternative products that are already widely available. Chemicals in higher concentrations will be sold only to consumers who can document a legitimate need to use them, and MEPs ensured that these consumers will be able to obtain a licence to buy them.

No licence needed for common cleaning agents or fertilisers

Consumers will not need a licence to buy, in certain concentrations, three chemicals commonly used as swimming pool cleaners or fertilisers – hydrogen peroxide, nitric acid and nitromethane. However, sellers will be required to register all sales of them.

EU countries such as Germany, which already register sales but do not require consumers to have a licence to purchase high-risk chemicals, will be able to keep their own systems. In three years the European Commission will report on whether these rules should be strengthened or harmonised further.

Some products containing chemicals of concern for which concentration thresholds cannot be set (Annex II of the regulation), will continue to be sold without any restrictions to consumers, but their sales will be better controlled as wholesalers and retailers will be obliged to report any “suspicious transactions”. A suspicious transaction will be defined as any purchase “where there are reasonable grounds for suspecting that the substance or mixture is intended for the production of home-made explosives”, e.g. if a customer were to buy a suspiciously large quantity for normal home use.

The agreed text will be put to a plenary vote on 19-22 November. Once the regulation is approved by the European Parliament and the Council, EU member states would have 18 months in which to put it into effect. Restrictions on general public access to the chemicals listed in Annex I would take effect within three years of the adoption of the regulation. 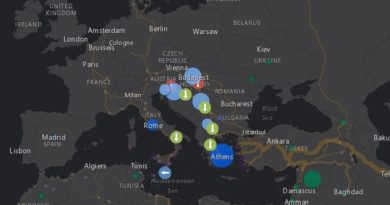