Bulgaria’s two largest opposition parties, the socialists and the predominantly ethnic Turk Movement for Rights and Freedoms (MRF), have rejected the challenge of acting Prime Minister Boiko Borissov to form a government, describing it as “inappropriate” and “theatre”.

Speaking after he ritually accepted, and then immediately returned, the mandate to form a new cabinet, Borissov accused the socialists and the MRF of having plotted various means to bring his government down and challenged the opposition parties to form a government that would meet the demands formulated by participants in nationwide protests.

MRF leader Lyutvi Mestan said in a statement that Borissov was behaving “inappropriately” instead of responsibly. “After holding all power for four years and still holding power, it seems that he now wants to play opposition to his own government, but it will not work for him,” Mestan said.

Borissov was trying to shift responsibility for the failures of his government onto other parties, he said. While MRF would participate in Parliament work to pass any laws that will solve protester demands before Parliament is dissolved, MRF would return the mandate to form a cabinet, Mestan said.

The current legislature has outlived its usefulness and should be dissolved as soon as possible, making way to a caretaker government and clearing the road for snap elections, he said.

Naidenov also rejected Borissov’s claim that the government was toppled by insurrection. Borissov’s party, GERB, did not want to see that people have taken to the streets because of “the total lack of prospects that GERB’s government caused.”

Centre-right opposition Blue Coalition co-leader, Ivan Kostov, too lashed out at Borissov, saying that the acting prime minister should “save his dignity.” Kostov said Plevneliev should ask political parties to back a technocrat cabinet and keeping Parliament to pass new anti-trust laws, as well as make changes to watchdog regulators.

Mounting demands
Protests in Sofia and Bulgaria’s other major cities were set to continue on February 25. Sparked initially by the electricity prices and high bills for January, these have evolved into calls for the nationalisation of electricity distribution companies and the election of a constitutional assembly.

In Varna, the Black Sea port city where the first rally was held two weeks ago, protesters have routinely been demanding the resignation of mayor Kiril Yordanov, now serving his fourth term. On February 25, Yordanov said that he saw no need to tender his resignation.

Before the weekend, several major hospitals said that they were unhappy with their funding allocations and threatened to join the protest if their budgets were not revised. Bulgaria’s doctors union asked to meet Plevneliev by February 26 and announced the intention to hold a protest rally in front of the National Health Insurance Fund (NHIF) in Sofia on February 28.

On February 25, NHIF director Plamen Tsekov said, as quoted by news website Mediapool.bg, that budget was drafted the same way as in 2012 and that a revision at the end of the year would pay for all services rendered by hospitals above their budgets, using the funds from the NHIF reserve, as has been the practice in recent years.

Emergency services personnel, meanwhile, sent a protest letter to Parliament on February 25, demanding that MPs pass amendments to the Penal Code that will increase the legal penalties for assault of first-responder personnel. The amendments have been tabled in Parliament and the letter asked the MPs pass the bill before Parliament is dissolved.

On February 22, Plevneliev said that Parliament should change the Energy Act and Energy Efficiency Act to allow the State Energy and Water Regulatory Commission (SEWRC) to lower the price of electricity, but no such bill appears to have been tabled yet.

In related news, all seven SEWRC members have submitted their resignations, it emerged on February 25, but it was still unclear whether the acting cabinet has accepted it. The current members of the commission will continue in office pending the appointment of new members – something that Plevneliev asked Parliament to accomplish by the end of the week. Amendments to the Energy Act that would change the SEWRC election procedure have reportedly been tabled in Parliament but are yet to be published on its website.

Meanwhile, the Interior Ministry said that it had briefly detained a total of 30 people during the protest rally on February 24, mostly for incitement to breach public order. Some of them were found to be carrying knives. All those detained were released after “giving explanations to the police”, the statement said. 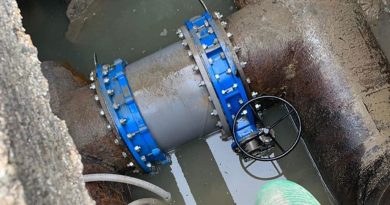