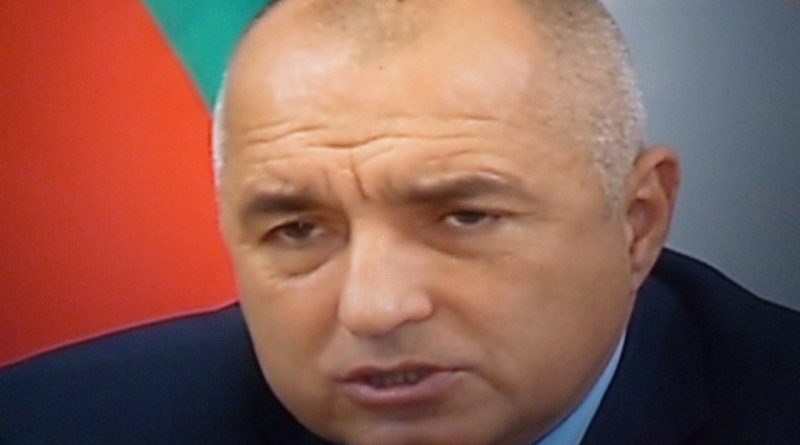 In the first hours after Bulgarian Prime Minister Boiko Borissov’s news conference announcing his plan to cut electricity prices and remove the licence of power distribution company CEZ, it was open question whether this would be enough to persuade the thousands who had taken part in recent protests against electricity prices and high bills to end their campaign.

Initial indications were that Borissov’s move would not work. This much was apparent as other organisers of the protests lashed out at Daniela Pelovska’s appearance at the news conference with Borissov.

On social networks, Pelovska not only came under attack for presuming to speak on behalf of all the protesters but also was the subject of questions about her previous political ties with various parties and purported earlier correspondence with Borissov, in the years he was chief secretary of the Interior Ministry. A letter purported to have been written by her after local police assisted her with a “very serious personal problem” apparently offered free accommodation at a seaside hotel to children of police officers who had died in the line of duty.

One of the organisers of the protests in Sofia, Yanko Petrov, said that Pelovska had “betrayed” the cause and had no authorisation to speak on behalf of the protesters. After Pelovska said that the government had responded to all the protesters’ demands, Petrov said he was “furious” and Pelovska represented no one but was trying to discredit the cause.

Local media quoted another of the organisers, Yanaki Ganchev, also vehemently rejecting the claim that Pelovska could speak on behalf of the protesters.

At the same time, it was doubtful that the Borissov news conference would dissuade opposition parties from continuing with their calls for the GERB centre-right government to resign to make way for an “expert government” – meaning, one made up of technocrats – pending ahead-of-term elections.

Calls for the resignation of Borissov and his government have come from the largest opposition party, the Bulgarian Socialist Party, the Movement for Rights and Freedoms, ultra-nationalists Ataka and a party not represented in Parliament but seen as having a chance of a handful of seats after the next elections, Meglena Kouneva’s Citizens for Bulgaria.

Borissov’s move in axing Simeon Dyankov from his post as finance minister and deputy prime minister on February 18 did not stop opposition calls for the government to step down but rather seemed to encourage them.

The socialist party said that Borissov’s government had “completely lost the confidence” of Bulgarian citizens and should step down.

However unscientific a measure they may be as a measure of public opinion, on social networks people had called into question the “absence” from the public scene of Borissov in recent days. One Bulgarian-language unconfirmed media report on February 19 said that Borissov had decided on the news conference after discussing his government’s options with his closest ministers and advisers, and that in these talks, the option of stepping down to allow early elections had been discussed but rejected.

Heads of polling agencies local media that Borissov’s axing of Dyankov would not solve the government’s problems.

Evgeni Dainov said that Borissov had made a strategic mistake in getting rid of Dyankov because now there was no buffer between popular discontent and the Prime Minister. 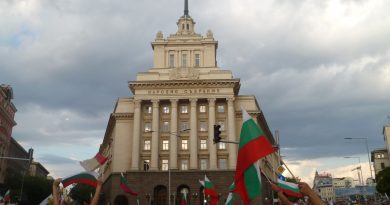