Officials from the US and Israel, two countries that have long asserted Hezbollah’s culpability for the terrorist attack that killed six people at Bourgas Airport in July 2012, welcomed the announcement made by Bulgaria’s Interior Minister Tsvetan Tsvetanov on February 5 that investigators found evidence that linked the attack to the Lebanon-based militant group.

At a meeting of the Bulgarian Presidency’s consultative council on national security, Tsvetanov delivered an extensive update on the investigation into the bombing that took the life of five Israeli tourists and a Bulgarian bus driver. After the meeting, he outlined the main findings of the investigation so far (as reported by The Sofia Globe here).

“The Bulgarian findings announced today are clear: Hezbollah was directly responsible for the atrocity,” Israeli prime minister Benjamin Netanyahu said in a statement. “This is yet a further corroboration of what we have already known, that Hezbollah and its Iranian patrons are orchestrating a worldwide campaign of terror that is spanning countries and continents.”

While Israel has blamed Iran for the attack, which led to heated exchanges at the United Nations in the weeks after the bombing, Tsvetanov made no reference to Iran in his announcement and did not take questions from the media.

US president Barack Obama’s counter-terrorism adviser, John Brennan, said: “We commend Bulgarian authorities for their determination and commitment to ensuring that Hizballah is held to account for this act of terror on European soil. The United States will continue to provide the Bulgarian Government assistance in bringing the perpetrators of this heinous attack to justice.”

The US and Israel have both branded Hezbollah a terrorist group, but the European Union, of which Bulgaria has been a member state since 2007, has not. Brennan said that the EU should reconsider its stance given that Hezbollah’s activities “threaten the safety and security of nations and citizens around the world.”

“We call on our European partners as well as other members of the international community to take proactive action to uncover Hizballah’s infrastructure and disrupt the group’s financing schemes and operational networks in order to prevent future attacks,” he said.

Netanyahu made the same point, saying that the bombing was “an attack on European soil against a member country of the EU. We hope that the Europeans draw the necessary conclusions as to the true character of Hezbollah.”

EU high representative for foreign affairs and security policy Catherine Ashton said in a statement that she took note of the results of the investigation.

“The implications of the investigation need to be assessed seriously as they relate to a terrorist attack on EU soil, which resulted in the killing and injury of innocent civilians,” she said. “The EU and member states will discuss the appropriate response based on all elements identified by the investigators.”

The investigation found that two co-conspirators who left the country after the attack held Canadian and Australian passports, respectively.

Canada’s foreign minister John Baird said that his country “takes the reported involvement of a dual national living in Lebanon very seriously and is working with Bulgarian authorities.”

“That Bulgaria has found convincing evidence of Hezbollah involvement in this carnage is, sadly, not surprising. It is yet more evidence of the depravity of Hezbollah,” he said. “We urge the European Union and all partners who have not already done so to list Hezbollah as a terrorist entity and prosecute terrorist acts committed by this inhumane organization to the fullest possible extent.”

Europol, which rendered immediate assistance to Bulgarian investigators – both with personnel on the ground and at its headquarters, as well as through its secure communications network to exchange of intelligence with other countries – said that it was “assessing the impact of the incident on the threat of international terrorism in the EU.”

Domestic reactions
The announcement, predictably, also drew comments from Bulgarian politicians, who used it as an opportunity to attack the Cabinet.

The leader of the Bulgarian Socialist Party, the largest opposition party in Parliament, Sergei Stanishev said that the investigation failed to find “categorical proof” about the co-conspirators or the organisation behind the attack. Pointing the finger at Hezbollah further endangered Bulgarian citizens, he said.

“It is completely unacceptable from a national security point of view and the risks assumed in this way, especially in regard to the people of Bulgaria, the ordinary citizens,” he said, as quoted by news website Mediapool.bg.

The leader of ultra-nationalist party Ataka, Volen Siderov – whose previous writings and statements have led to allegations against him of, among other things, Islamophobia and anti-Semitism – went much further, dismissing the announcement as succumbing to pressure from foreign capitals.

“I think this is the game of US and Israel, who are trying to jam us into it in order to create an artificial front and enemies,” he said, as quoted by news agency Focus.

He also attacked Bulgarian Foreign Minister Nikolai Mladenov, who updated the security council on developments in the Middle East. “There were some superficial, immature constatations from the Foreign Minister, without an in-depth analysis and no real evaluation of the risks for Bulgaria; constatations that I refuse to accept,” Siderov said.

MP Yordan Bakalov, from the centre-right opposition Blue Coalition, levelled the same criticism, saying that Mladenov’s report was superficial and that “at this stage our Foreign Minister might not realise what he should be doing.”

(Buses wrecked by the blast in the parking lot of the Bourgas Airport, photo by Interior Ministry) 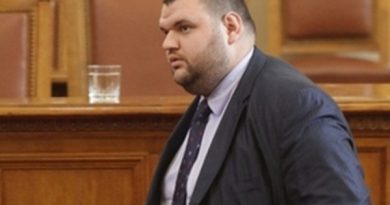 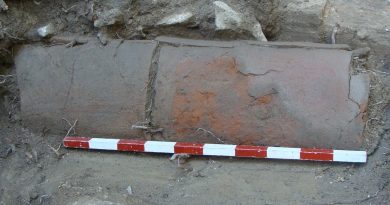