Sofia Regional Court ordered on January 22 2013 that Oktai Enimehmedov, the man witnessed by television viewers and hundreds of eyewitnesses pointing a gas pistol at Ahmed Dogan at a Movement for Rights and Freedoms congress, must remain in custody without bail as Enimehmedov faces charges of attempted murder and hooliganism.

Dogan escaped unharmed in the incident, which was followed by Enimehmedov enduring a severe beating at the hands of a group of men who rushed the stage where the incident took place.

The court, in ordering Enimehmedov to remain in custody, said that there was a risk that he could commit another crime and there was evidence that he had committed the offence, which itself had been systematically planned.

Prosecutor Chavdar Zhelezchev said that other charges could be laid against Enimehmedov as investigations proceeded.

“In the past I committed crimes and accepted responsibility for them, but for years I have been making efforts to contribute something to this country. I think I am useful to the society. I can be a threat to the secret society of the Movement for Rights and Freedoms,” said Enimehmedov, who is expected to undergo a psychiatric assessment before the trial proceeds.

Enimehmedov said that he hoped for a fair trial.

Meanwhile, at a meeting with the ambassadors of other European Union countries in Sofia on January 21, Bulgarian Foreign Minister Nikolai Mladenov said that he strongly condemned the incident at the MRF congress on January 19.

“It was a shock to everyone and such actions will not be tolerated in Bulgaria,” Minister Nickolay Mladenov said at the meeting, which was also attended by Deputy Interior Minister Dimitar Georgiev, who briefed the diplomats on progress in the investigation.

Mladenov expressed his hope that the incident would not have an effect on the traditionally good ethnic relations in Bulgaria. “I call on all political leaders to refrain from public comments that might provoke tensions in society,” he said.

“I want to assure you that the Government is taking this incident very seriously and the relevant authorities will carry out a thorough investigation and the perpetrator will be punished to the full extent of the law,” Mladenov said. 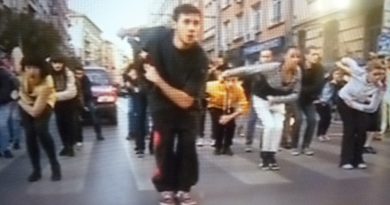