Bulgaria’s Finance Ministry has denied a request filed under the Access to Public Information Act to disclose any data on the amount paid as bonuses to the ministry’s employees in 2012, local broadcaster Darik said.

Darik, which filed the request, said that in its answer, the ministry described in detail the mechanism for awarding bonuses to its employees, but refused to disclose details of actual remuneration, saying that to do so would breach private data protection regulations.

The information request and the ministry’s denial come a year after the Government found itself in hot water with the revelations that Finance Ministry employees were paid 235 000 leva as Christmas bonuses in 2011, despite frozen funding levels and an austerity budget. At that time, Simeon Dyankov said that the bonuses were paid for good work and that no ministry employee received more than 3000 leva.

Answering Darik’s information request, the Finance Ministry said that it did not pay any Christmas bonuses in 2012, but did not specify if performance bonuses were handed throughout the year.

In February 2012, the row resurfaced and took a turn for the worse with it became clear that the country’s National Health Insurance Fund (NHIF), which manages the collection of mandatory health care insurance and parcels out the funds to the underfunded health care system, had paid a total four million leva in bonuses, including 2.4 million leva to the fund’s own administrative staff.

What made it worse was that NHIF director Neli Nesheva initially denied the claims and then defended the bonuses, which, she said, were just remuneration for the work put in by herself and other NHIF employees. Prime Minister Boiko Borissov demanded her resignation, which she submitted later the same day; Parliament accepted the resignation on February 22 2012.

Just two days earlier, on February 20, the Cabinet sacked the executive director of the Registry Agency, Violeta Nikolova, for alleged under-performance and for taking 72 000 leva in bonuses in 2011. (In November 2012, prosecutors charged Nikolova with embezzlement, as reported by The Sofia Globe.)

By March 7, all senior government officials refunded or donated their bonuses, the total figure just over 600 000 leva. Borissov had threatened to sack anyone who did not comply with the “voluntary campaign” (as described by Interior Minister Tsvetan Tsvetanov) – but only one official, the head of the political cabinet of Environment Minister Nona Karadjova, Vladimir Stratiev, had opposed the drive and resigned his position.

Notably, civil servants in the lower rungs of state administration, who received the bulk of the bonuses – a clear figure was never established, although most reports agreed it was in the range of millions of leva – were never asked to refund the money.

As the row came to a conclusion, the Cabinet passed a motion banning civil servants from taking extra pay for participation in “councils, committees, commissions, work or expert groups, bodies that manage or control funds or accounts and other similar structures that are not juridical entities”. 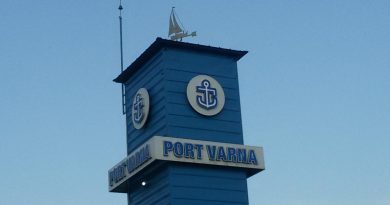