Bulgaria’s transport carriers union and supporters of Yanko Stoimenov, sentenced by a Greek court for 123 years in jail in connection with the 2005 Helios Airways crash in which 121 people died, were awaiting proceedings on January 15 2013 in the court of appeal in Athens in which a ruling was expected.

Members of two committees of Bulgaria’s Parliament and a group of supporters have issued public calls for support for Stoimenov (51) who was chief pilot of the now-defunct airline at the time of the crash.

Helios Airways flight 522, a Boeing 727-300, crashed into a mountain in Greece on August 14 2005 while on a flight from Larnaca Cyprus to Prague via Athens after the crew lost consciousness because of a lack of oxygen. The aircraft continued on auto pilot before its engines cut out. All on board died in what was the worst aviation disaster in history on Greek soil.

The trial in Cyprus started in November 2009 and resulted in an acquittal in December 2011. The Cypriot attorney-general lodged an appeal, resulting in a ruling in December 2012 that fresh trial should be held.

The trial in Greece began in December 2011 soon after the acquittal in Cyprus. Those on trial were chief executive officer Demetris Pantazis, flight operations manager Giorgos Kikkides, chief engineer Alan Irwin and Stoimenov. In April 2012, all were found guilty.

The court of appeal in Athens is expected to hear evidence from the prosecution and then announce a ruling.

Denitsa Sokolova, of Bulgaria’s transport carriers union, told public broadcaster Bulgarian National Television that right after the court of appeal in Athens announced its ruling, “we will take our next steps to protect our compatriot”.

Protesters who gathered outside the Greek embassy in Sofia in early January 2013 said that an investigation by Canadian aviation experts had cleared Stoimenov.

Should the appeal court in Athens uphold the conviction and sentence, it will become effective but there is a further instance of appeal remaining, to Greece’s supreme court. Bulgarian media said that Stoimenov’s family was prepared to take the matter to the European court in Strasbourg.

On January 10, the Bulgarian Parliament’s committees on foreign affairs and on transport both unanimously adopted a declaration calling on the Transport Ministry, Justice Ministry, Foreign Ministry and the President to co-operate in the provision of legal defence to a Bulgarian citizen.

The statement said that in the Stoimenov case, there had been violations of the European convention on human rights, of European regulations on investigation of civil aviation accidents and said that there were discrepancies between the statement of the Greek committee for the investigation of aviation accidents and the opinion of independent experts with Canada’s transportation safety board.

The committees called on the relevant Bulgarian state bodies to undertake urgent and concrete actions to protect the rights and legal interests of Stoimenov, and to co-operate in the investigation into the accident being resumed in view of new facts and circumstances established in additional checks.

In its December 2012 ruling, the supreme court of Cyprus upheld by six to three the appeal against the December 2011 acquittal. The attorney-general of Cyprus had argued that the court that had handed down the acquittal had been fundamentally flawed in its reasoning finding nothing linking the accused to the Helios Airways flight 255 crash and said that the court’s evaluation of the evidence had been “selective and piecemeal”. The supreme court ordered a retrial with three different judges. The ruling was welcomed by the association of relatives of the 121 people who died in the crash. The December 2011 acquittal in Cyprus was ruled by two to one judges.

Court proceedings in Athens were delayed for two hours because of a bomb threat, Bulgarian media reports from the Greek capital on January 15 said.

The prosecutor addressed the court for two hours, saying that the two pilots of the Helios Airways flight were not sufficiently skilled and knowledgeable, had been negligent and had not followed basic procedures.

The two pilots had considerable personal enmity for each other, yet were assigned to work together – a matter for which the chief pilot must take the blame. 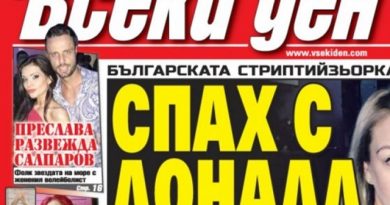