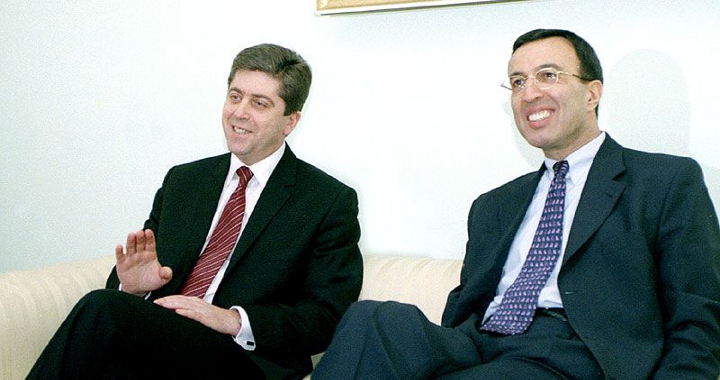 A day earlier, Prime Minister Boiko Borissov said that he had met with UDF leader Emil Kabaivanov and offered that UDF, as the oldest rightist party in Bulgarian politics, nominates the candidate, which Borissov’s own centre-right ruling party, GERB, would support in Parliament.

“Whoever they choose, we will support them. I only asked them that whoever it is, it must be someone who would not stir controversy and we would have not to ask them to withdraw,” Borissov said.

Borissov’s words were in reference to Markovska – the deputy chairperson of the Supreme Administrative Court (SAC) nominated by independent MPs for the Constitutional Court seat, whose appointment passed in Parliament mainly because of GERB’s vote, despite accusations even before her hearing in Parliament’s legal affairs committee that she might be unsuitable because of alleged conflict of interest and corruption (as reported in further detail here).

Markovska refused to withdraw, leading to an unprecedented move by President Rossen Plevneliev to leave the swearing in ceremony on November 15 before she could take the oath, as previously reported by The Sofia Globe.

That in itself created a legal quandary because none of the existing laws and procedures offered explicit guidelines on how to deal with the situation, but Parliament’s legal affairs committee decided that Markovska’s nomination was void because she never took the oath and decided to start a new nominating process. Parliament is expected to vote on the motion on November 21, with the nominating process opening on November 22 and closing on November 30. Candidates will be heard by the legal affairs committee scheduled for December 12 and Parliament would then vote on the nominees on December 19.

UDF’s votes, added to GERB’s, should be sufficient for Stoyanov – a lawyer by education, who spent most of the past two decades in the limelight of politics, including as Bulgaria’s second democratically-elected president on the UDF ticket between 1997 and 2002 – to be confirmed.

Stoyanov, who attended Kabaivanov’s news conference on November 20, did not say whether he would accept the nomination.

“For the past three years, I have been involved in international activity and stepping away might shake up the people and organisations that I work with. I need at least three days to think about it in peace. Please give me this time to reach a true and responsible decision,” he said.

In related news, Markovska said on November 20 that she asked the SAC to be allowed to retire. Last week, she submitted two resignation requests to the Supreme Judicial Council (SJC) – the first on November 14, to pave the way for taking her oath as a Constitutional Court judge, which the SJC approved just an hour before she was due to be sworn it.

This resignation was due to take effect only after she was to take the oath, by itself a breach of procedure, so she then had submitted another resignation on November 15, after the swearing in ceremony was thrown into disarray by Plevneliev’s exit.

“I have no doubts that I have not committed any administrative or criminal offenses, but to avoid further speculation regarding myself or state institutions, I am retiring and have submitted a request in that sense, as required by law,” Markovska told news agency Focus.

Markovska reportedly notified Borissov of her intention earlier in the day when she met him. As the public row around her nomination gathered steam, Borissov asked her several times to withdraw, but was met with refusal, leading to Plevneliev’s actions at the Constitutional Court ceremony.

(Petar Stoyanov, right, pictured with his successor as president Georgi Purvanov, on the latter’s inauguration day in January 2002. Photo: president.bg) 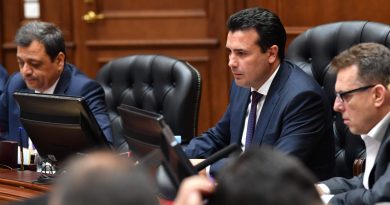 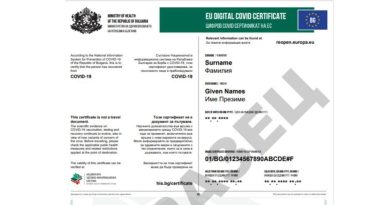