Bulgarian President Rossen Plevneliev set January 27 2013 as the date for the referendum on the future of nuclear energy in the country, the presidency’s press service said in a statement on October 31.

The presidential decree comes a day after the State Gazette published Parliament’s decision on the exact phrasing of the question that will be asked at the plebiscite.

As expected, on October 24, the ruling majority approved a version of the wording that did not include the controversial Belene nuclear plant project, even though the campaign for the referendum specifically referred to Belene’s future development.

Instead, Bulgarians will be asked to answer “Should Bulgaria develop nuclear energy through the construction of a new nuclear power plant?”

The two main opposition parties, the Bulgarian Socialist Party and Movement for Rights and Freedoms, have argued that the wording fails to reflect the wishes of those who signed the petition for the referendum.

After the Cabinet decided to shelve the Belene project in March, the socialists spearheaded a large signature-gathering campaign for a plebiscite on the future of Belene. It gathered about 717 000 signatures, but 24 per cent were found to be invalid upon examination, still leaving more than 543 000, enough for the petition to be valid and force the Government to organise the referendum.

This will be Bulgaria’s first exercise in direct democracy since the fall of communism in 1989. The threshold for the validity of a referendum in Bulgaria is set based on recent election voter turnout, meaning that the plebiscite would require at least 60 per cent voter turnout to be valid.

Bulgaria signed a contract with Russia’s Atomstroyexport to build two 1000MW reactors at Belene in 2009, but it was never finalised because of disputes over cost escalation clauses. The costs were initially set at four billion euro, but a report by consultants HSBC, hired by the Cabinet to carry out a financial feasibility study, set the final bill at more than 10 billion euro, which led to the freezing of the project.

Atomstroyexport has since sued Bulgaria, demanding one billion euro in damages for equipment already ordered – even though Bulgaria’s Government said that it would use the equipment to build another unit at the existing Kozloduy nuclear power plant. The Cabinet hired US firm Westinghouse in August to carry out a feasibility study for the project.

After EMA report, Bulgaria to continue with AstraZeneca vaccines 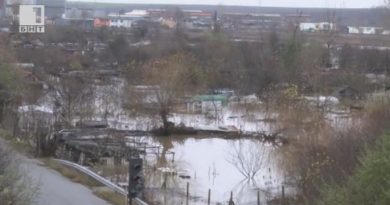