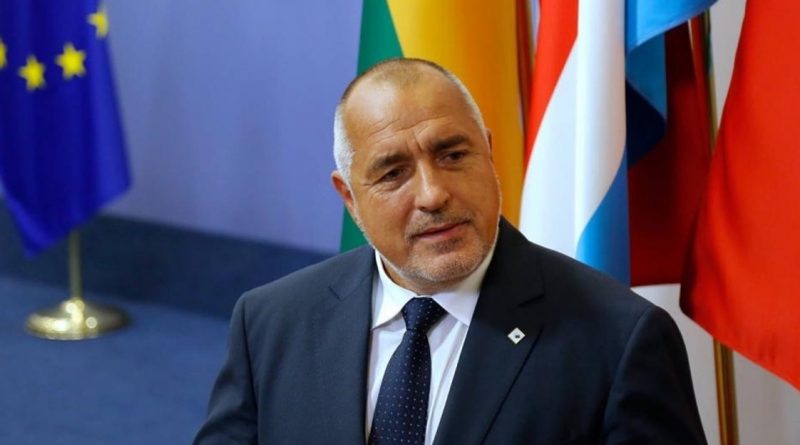 In a televised interview on May 4 2018 to mark the first anniversary of his third government taking office, Bulgarian Prime Minister Boiko Borissov spoke on a range of issues, from corruption, the governing coalition, military modernisation, relations with the President and media freedom.

He handed out brickbats and bouquets, the latter mainly to his own government.

Borissov told Nova Televizia that he was “proud” that his government had reduced Bulgaria’s foreign debt by 2.3 billion leva.

But he added that he was “ashamed” that he had failed to present the Istanbul Convention to the Bulgarian public in a way that they could be persuaded that the country should adopt it, as most countries in Europe had.

The Istanbul Convention, an international instrument against domestic violence, was blocked in Bulgaria after an active campaign by conservative forces against it.

Borissov said that corruption was “a scourge that every day, at all levels, must be crushed”. He urged the public to give the new anti-corruption commission a chance.

Against a background of Bulgaria holding the rotating Presidency of the Council of the EU in the first half of 2018, Borissov said that Europe had “no criticism” of Bulgaria as regards the actions of the ruling coalition partners.

On May 4 2017, Borissov took office as head of government for the third time, at the head of a coalition of his centre-right GERB party and the United Patriots, a cluster of far-right and ultra-nationalist parties.

“The confidence in us is so great that apart from praise for Bulgaria, I have not heard anything else,” Borissov told Nova Televizia.

Commenting on the visit by Volen Siderov, parliamentary leader of the United Patriots and leader of the Ataka party, recently to meet those put into office in Crimea after Russia’s illegal occupation of that part of Ukraine, Borissov portrayed this as a bid by Siderov to retain his electorate.

Borissov said that Siderov (well-known to be pro-Russian) wanted to give a message to his Ataka voters that while the party was part of the government, “we keep the values of Ataka”.

With Bulgaria to hold European Parliament and municipal elections in 2019, Borissov said that the parties in government would stand in these as separate parties.

“Volen Siderov wants to attract an electorate from pro-Russian people. (United Patriots co-leader) Valeri Simeonov has several themes – tourism, smoking, local expert medical commissions. Everyone wants to stay visible to their voters. VMRO has its own stances. Look, when we were in Skopje with (European Council President) Donald Tusk, Krassi Karakachanov issued a declaration that he is against Serbia joining the EU.”

Borissov said that it was normal for each party to have different views, as long as it adheres to the coalition programme.

Commenting on the fraught relations between his government and President Roumen Radev (in office as head of state since January 2017, elected on a ticket backed by the opposition Bulgarian Socialist Party), Borissov said that the sniping was coming from Radev, aimed at his government, and this was only doing harm.

“My grandfather said it was always better for two horses to pull the wagon than one,” Borissov said. And Radev acts as president of only two parties – the BSP and the Movement for Rights and Freedoms.”

Borissov said that Radev – a former Air Force commander and a fighter pilot – had said that Bulgaria’s military aviation was grounded. The Prime Minister said that the country’s military aircraft would be taking part in the May 6 Armed Forces Day parade, in a flyover.

Bulgarian accession to the euro zone would bring positive results for the country.

“I really hope that life does not become more expensive after the adoption of the euro. Of course, traders can be involved in speculation, as in the case of cherries,” Borissov said.

He said that Bulgaria was putting in a lot of effort to get into the euro zone, “because it will reduce interest rates on loans and will provide stability”.

Borissov responded to the most recent report by Reporters Without Borders, which ranked Bulgaria 111th in the world in freedom of speech, the worst of any EU country and behind all the Western Balkans countries in the ratings.

“The problem of freedom of speech lies with the owners of the media. We do not interfere with them. What can we do? Do BNR and BNT (the national radio and television public broadcasters) work for the government or do you see a government policy?

“I haven’t given a single interview there,” Borissov said.

“So now there is a law, to get everything out, to put on the table, the European Parliament is dealing with it. How do we regulate this issue? What shall we do to stop Peevski and Prokopiev from fighting? I do not know and that’s why I do not do anything,” he said.

If the Bulgarian Parliament compiled a report on the US solely with quotes from their president (Trump) during the election campaign, “it would be monstrous,” Borissov said. 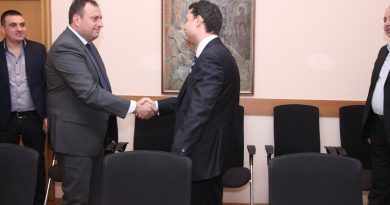 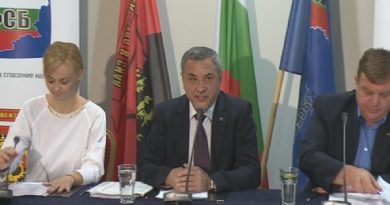