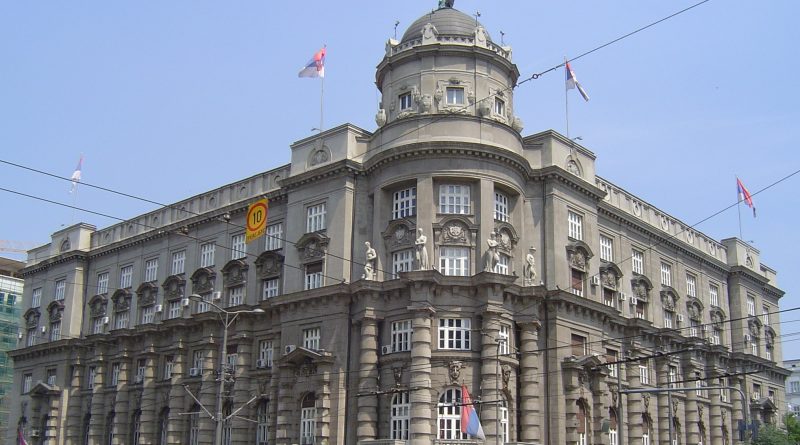 A regular progress report by the European Commission, released on October 10 2012, refrained from recommending a date for Belgrade to start European Union accession talks and called for “visible and sustained” improvement in relations between Serbia and Kosovo – upsetting Serbian prime minister Ivica Dacic.

“I am fairly upset with this statement, because it could close the Belgrade – Pristina dialogue, instead of helping (re)start it,” Belgrade-based news website B92 quoted Dacic as telling reporters after the EC report was approved and released by the Commission.

The European Commission concluded that Serbia continues on its way to sufficiently fulfilling the political criteria and the conditions of the Stabilisation and Association process.

In line with its recommendation in the Opinion, the Commission stands ready to confirm that accession negotiations should be opened with Serbia, provided that progress on one key priority is made, the EC said.

Serbia has made some progress in meeting the political criteria for membership to the EU. The stability and functioning of institutions was maintained in the aftermath of elections held at all levels.

Despite a corresponding slowdown of legislative activity, some progress was noted in the implementation of reforms in most areas.

“Serbia needs to pay particular attention to the rule of law and following the rulings of the Constitutional Court which overturned there-appointment procedure for judges and prosecutors, a stronger commitment to pursue the judicial reform is needed.”

Serbia needs to pay special attention to the protection of vulnerable groups, particularly the Roma, and to the independence of key institutions such as the Central Bank, the EC said.

Serbia needs to build up its efforts in the areas of fight against corruption and freedom of expression in the media.

Serbia has maintained its full co-operation with the International Criminal Tribunal for the former Yugoslavia.

Serbia needs to continue its constructive engagement in regional cooperation and strengthening relations with neighbouring countries.

“A first set of results was achieved in the dialogue with Pristina, but the implementation of agreements reached has been uneven,” the EC said.

Serbia’s new leadership has underlined its commitment to implement all agreements already reached in the dialogue with Pristina as well as to begin tackling the broader political issues. Fulfilment of this commitment is key to open up the next phase of Serbia’s EU integration, the EC said.

There was no further progress towards establishing a functioning market economy. The consensus on the market economy fundamentals has been broadly preserved but needs to be reinvigorated. Trade integration with the EU remained high. Some steps have been taken in speeding up and facilitating market entry.

Serbia needs to make significant efforts in restructuring its economy so as to cope in the medium-term with the competitive pressures and market forces within the Union.

High budget deficits have constrained the effectiveness of the macroeconomic policy mix. Labour market conditions deteriorated sharply with rising unemployment. There is a need for urgent and decisive consolidation measures, backed by systemic reforms of the public sector, in order to restore public finance sustainability, the EC report said.

Litlle progress has been achieved in other areas such as judiciary and fundamental rights, energy, climate change, information society and media, education and culture. No progress was achieved in economic and monetary policy. Sustained efforts are needed to strengthen administrative capacity for the implementation and enforcement of legislation, the EC report said.