A Bulgarian court in the town of Pazardjik, in southern Bulgaria, held on September 18 the first hearing in a lawsuit against 13 defendants charged with membership in an unrecognised religious organisation, as well as distributing anti-democratic propaganda and preaching religious hate speech.

Pazardjik District Court decided to allow the lawsuit and heard the prosecution’s indictments as about 300 supporters of the defendants gathered outside the courthouse. About 50 people were allowed in on the proceedings, but the rest, who were denied because of insufficient space, clashed verbally with the court bailiffs, reports in Bulgarian media said.

The defendants were arrested in October 2010, following a series of raids carried out by prosecutors, the Interior Ministry and Bulgaria’s main intelligence agency, the State Agency for National Security. All defendants were charged with being members of the Al-Waqf Al-Islami organisation, not recognised by Bulgaria as a religious group.

Only three defendants – Said Mehmet Moutlou, Abdoullah Moustafa Salih and Ahmed Moussa Ahmed – face charges of preaching religious hatred and anti-democratic ideology aimed at undermining the secular state and democratic values. Said Moutlou was, according to prosecution, the leader of the Al-Waqf Al-Islami branch in southern Bulgaria (covering the districts of Pazardjik, Smolyan and Blagoevgrad) since 2005 and until his arrest in October 2010.

Following a lengthy investigation, resulting in 31 volumes of evidence to be presented in court, charges were finally pressed in June. At the time, the office of Chief Mufti, the principal Muslim leader in Bulgaria, said that it was supporting the defendants and that the lawsuit was the result of a lack of knowledge about Islam.

“We believe that the accusations are baseless and unfair. They are biased and sow fear in the entire Muslim community. We will seek to see the proof, but we believe that it will fail in court, which would be a clear sign that the activity of Muslims in Bulgaria is being viewed with biased perspective,” the chief secretary of the Chief Mufty office, Husein Hafuzov, told Bulgarian National Radio at the time.

The defendants’ supporters in front of the courthouse on September 18 made a similar argument, saying that the 13 people on trial did not preach radical Islam, only the traditional version of the religion, as reported by Bulgarian news agency BTA.

After the September 11 2001 terrorist attacks in the United States, the US office of Al-Waqf Al-Islami was shut down because of alleged links between members of the group and those who had prepared the terrorist attacks.

Al Waqf-Al Islami has denied being involved in any form of criminal activity and describes itself as a charitable organisation, involved in education and other issues. It has been involved in the financing of more than 150 mosques built in Bulgaria in recent years, reports in local media said.

According to the Interior Ministry statement at the time of the arrests in 2010, the raids resulted in the seizing of a large amount of propaganda material preaching religious hatred and the overthrow of Bulgaria’s constitutional order, along with financial documents showing illegal financial transactions and violations of tax laws.

The defendants – 12 men and one woman – pleaded not guilty to the charges brought against them, but declined to make further statements in court at this time, Focus news agency reported. The next hearing in the case has been scheduled for September 26. 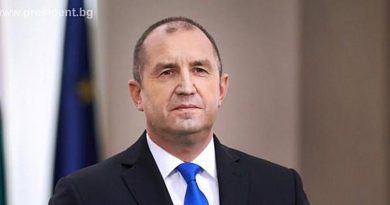 President Radev: Bulgaria did not allow a single Bulgarian Jew to be sent to death camps 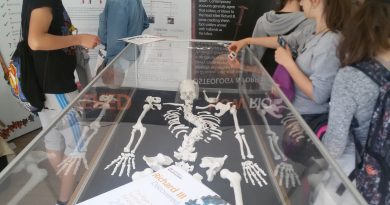