The human rights situation in Russia has deteriorated drastically in the past few months, with the adoption of a series of laws that could be used to further restrict opposition and hinder freedom of expression, the European Parliament said in a resolution adopted on September 13 2012.

They are gravely concerned about “the deteriorating climate” for the development of civil society in Russia, pointing to the recent legislation on demonstrations, NGOs, defamation and the internet.

The European Parliament is “deeply disappointed with the verdict and the disproportionate sentence” against the punk band Pussy Riot, describing it as “politically motivated intimidation of opposition activists”. It hopes the sentence will be reviewed and reversed in line with Russia’s international commitments, the EP said in a statement.

Pussy Riot was one of the eight candidates nominated on September 13 for the 2012 Sakharov Prize for Freedom of Thought.

Examples of abuse of power

The resolution cites the case of Sergei Magnitsky as just one of several examples of abuse of power by the Russian law enforcement authorities.

MEPs said that the steps taken to strip Gennady Gudkov, a member of the opposition Just Russia party, of his parliamentary mandate are widely seen as intimidation and call on Russia to “refrain from using laws arbitrarily for the purpose of clamping down on members of the opposition”.

The resolution highlights the “growing pressure on the political freedoms of Russian citizens”, mentioning that legislation on NGOs and on the right to freedom of assembly could be used to suppress civil society, stifle opposing political views and harass NGOs, democratic opposition and the media.

The European Parliament said that it also fears that the law on extremism could lead to arbitrariness and restriction of the freedoms of association, expression and belief. 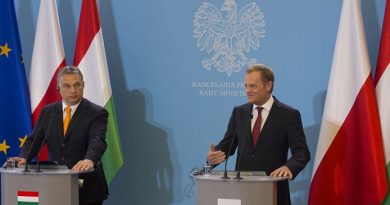