Lufthansa flights between Frankfurt and Sofia, including a flight arriving in the Bulgarian capital at 1pm and a scheduled departure at 1.40pm, were cancelled on August 31 2012 because of a strike by the union representing the airline’s cabin staff.

The cabin staff union, UFO, held the eight-hour strike because of a dispute over pay and conditions.

Sofia Airport’s website gave no information about whether an evening flight linking Frankfurt and Sofia would go ahead. However, that flight was scheduled for several hours after the planned ending of the eight-hour walkout.

Lufthansa said that it “sincerely regrets that the labour dispute is being waged at the expense of its customers. The fact that UFO announces strike actions only at short notice creates additional problems for passengers because it will further limit their ability to make reliable travel plans.”

The airline said that the call to strike action forces Lufthansa to cancel a majority of flights from and to Frankfurt. Subject to cancellation are mostly short- and medium-haul flights. Nevertheless, a small number of long-haul flights will have to be cancelled as well even though they have utmost priority and, wherever possible, shall operate. In general, delays must be anticipated throughout the day.

Even after the end of the strike, Lufthansa foresees irregularities in flight operations from and to Frankfurt.

Lufthansa Regional and Germanwings flights are not affected. 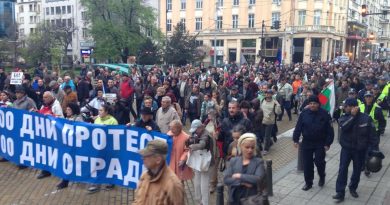