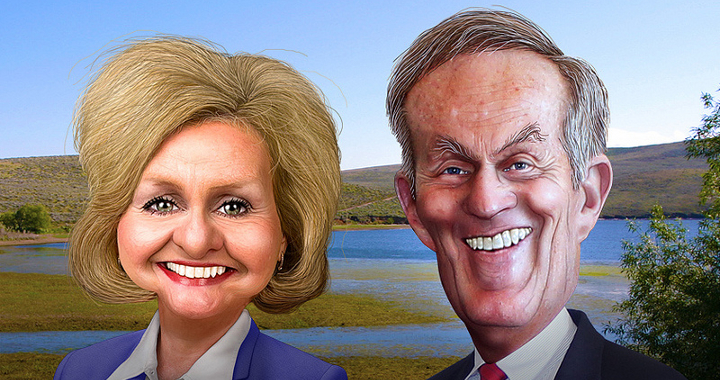 A U.S. Republican lawmaker’s statement this week that “legitimate rape” rarely causes pregnancy has pushed the abortion debate to the forefront of the U.S. presidential race. Republicans, including presidential contender Mitt Romney, are doing their best to distance themselves from the controversy.

Todd Akin’s explanation for why he opposes abortion, even in the case of rape, drew widespread outrage from both Democrats and Republicans, with many describing Akin’s comments as “insensitive” and “ignorant.”

President Barack Obama and his Republican rival Mitt Romney were quick to condemn the remarks.

Akin has apologized, and even released a political ad asking for forgiveness. “Rape is an evil act. I used the wrong words in the wrong way, and for that I apologize,” he said.

But analysts say that Akin’s apology is unlikely to reverse Republican leaders’ calls for him to quit the Senate race in Missouri.

Political analyst Rhodes Cook says the controversy is another example of the problem Republican candidates have with women voters. He says the party does not want the gender gap to grow any wider.

“They [Republicans] saw this being a terrible comment, one that made them by extension appear to be insensitive to women and their plight, particularly as victims of a horrendous crime like rape. They’re already on the controversial side on a number of women’s issues, and so they don’t want to extend this any further,” he said.

Cook and other analysts say Akin’s comments could provide more fuel for Democratic assertions that Republicans are waging a “war on women.” Members of the party have faced criticism from women’s rights groups for opposing abortion and mandatory insurance coverage for contraceptives.

On Tuesday, Republican delegates agreed to uphold a call for a constitutional ban on abortion as part of their party platform, with no explicit exceptions for rape or incest. The Democratic Party platform, meanwhile, “unequivocally” supports a woman’s right to choose.

Larry Sabato, director of the University of Virginia’s Center for Politics, says social issues, such as abortion, tend to play a key role in voter support. “People have very strong feelings on both sides, and it’s a single issue for a lot of people. Once they know your position on it, pro or con, pro choice or pro life, they decide how they’re going to vote. They actually ignore economic issues and issues of foreign policy and a whole wide range of other subjects,” he said.

Cook and Sabato say it’s unclear whether Akin’s comments will have a lasting effect in the run-up to the November elections.

They say the remarks are likely to live on in Democratic political ads, and that if Akin continues to defy calls to drop out of the race, the repercussions could be significant. Public opinion surveys show Akin in a virtual tie with Claire McCaskill, the Democratic incumbent, in a race seen as critical to Republican efforts to win control of the United States Senate.