Bulgaria’s Interior Ministry released CCTV footage of the alleged suicide bomber who launched a terrorist attack against a tourist bus at the Bourgas’ Sarafovo airport, killing five Israeli tourists, the Bulgarian bus driver and himself on July 18.

Another 32 Israeli citizens were injured in the blast and consecutive fire.

Police claims the alleged suicide bomber was acting suspiciously walking about the parking lot, which has free access, and the arrivals area of the airport. He has presumably entered the country with fake identity documents as on the body has been found the driver’s license of a US citizen from Michigan.

The police asks anyone who recognises the person and has any information on him, to contact the authorities immediately at the following number ++359 56 844242, or the nearest police station. The anonymity of the informants is guaranteed. 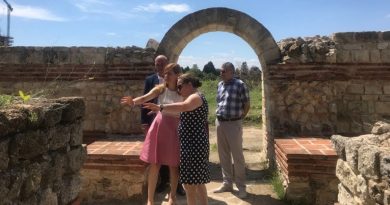 Israeli tourists visiting Bulgaria up by close to 32% – Tourism Minister