Fraud affecting the EU budget fell by 35 per cent in 2011, according to the European Commission’s annual report on the “Protection of the EU’s Financial Interests”.

In cohesion policy, there were 41 per cent fewer cases of suspected fraud compared to 2010, while in agriculture reported fraud cases fell by 66 per cent.

In addition to stronger measures and better controls implemented for EU funding, there are also a number of technical explanations for the drop in fraud rate in 2011, the European Commission said.

The closure of a programming period in cohesion policy and more stabilised reporting in the new control system for agriculture also contributed to lower reported fraud than in 2010.

In total, 295 million euro in EU funds were affected by fraud, or 0.2 per cent of the budget, which must be recovered in line with EU rules. In its report, the Commission underlines the need to further reduce fraud affecting the EU budget, and makes a number of recommendations to Eu member states which could help achieve this.

Algirdas Semeta, Commissioner for Taxation, Customs, Audit and Anti-Fraud, said: “The decrease in fraud against the EU budget shows that our determined efforts to tackle this problem are starting to pay off. But the fight is far from over. The Commission maintains its policy of zero-tolerance to fraud, and not one cent of taxpayers’ money should be lost to fraudsters. The Commission will continue to take every measure it can to protect the EU budget, and Member States must also raise their game.”

The recovery of EU funds affected by irregularity and fraud has improved, with the Commission reclaiming about two billion euro in financial corrections and recoveries last year.

EU member states have also made some improvement in terms of recoveries from the final beneficiaries, in particular in the area of pre-accession assistance.

The European Commission’s report urges EU member states which still have low recovery rates to make the necessary improvements, and to seize assets when the beneficiaries do not re-pay the money affected by irregularities and fraud. The recent Commission proposal on the protection of the financial interests of the EU by criminal law could considerably help in the recovery of funds, as well as in deterring fraudsters.

The full text of the report can be found here: http://ec.europa.eu/anti_fraud/about-us/reports/communities-reports/index_en.htm
Photo: inusb4 /sxc.hu 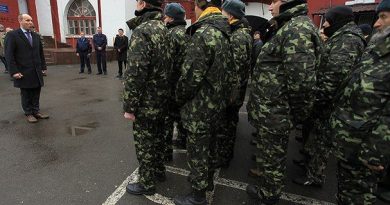